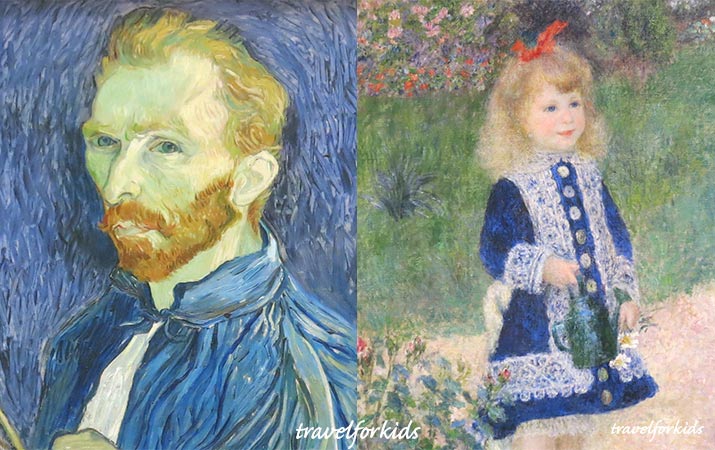 Many world-famous artworks are located in the National Gallery of Art, Washington DC.

And the museum is free.

Our highlights are arranged in fun categories – Family, Pets, In the Garden, Things to Eat, Fashion, Going places, “Selfies,” and more.

Tip: Each artwork is labeled with the gallery number, so it’s easy to find. 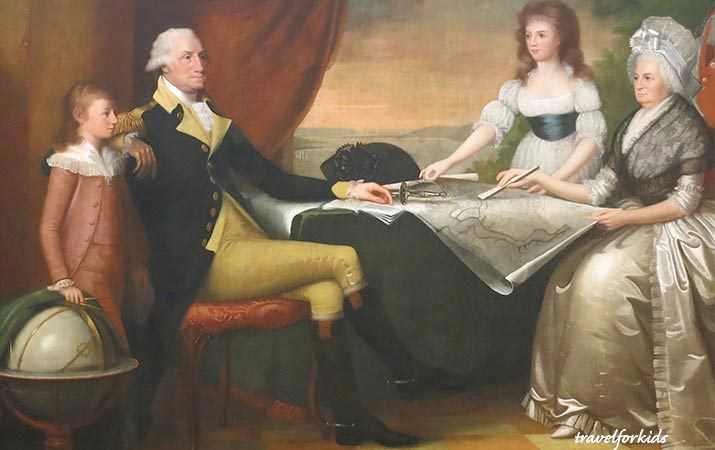 George Washington with his wife Martha, and grandchildren. 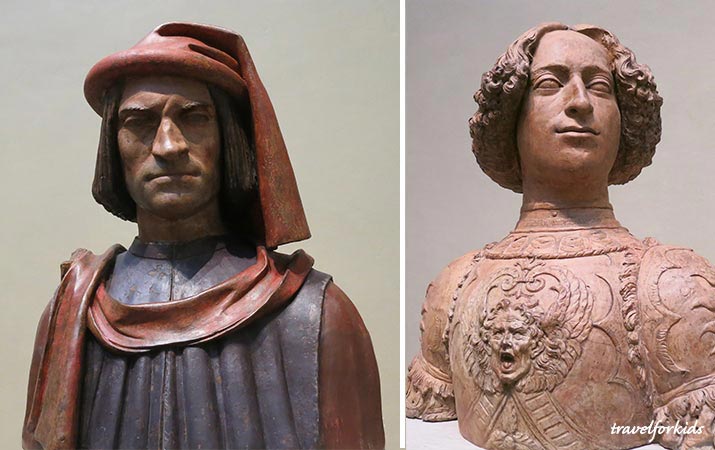 During the Renaissance, brothers Lorenzo and Giuliano and the wealthy Medici family ruled Florence. In an attempted coup by a rival family in Florence, Lorenzo was wounded, but his younger brother Giuliano was killed in the cathedral. Lorenzo became a famous statesman and patron of artists, including da Vinci, Botticelli and Michelangelo. 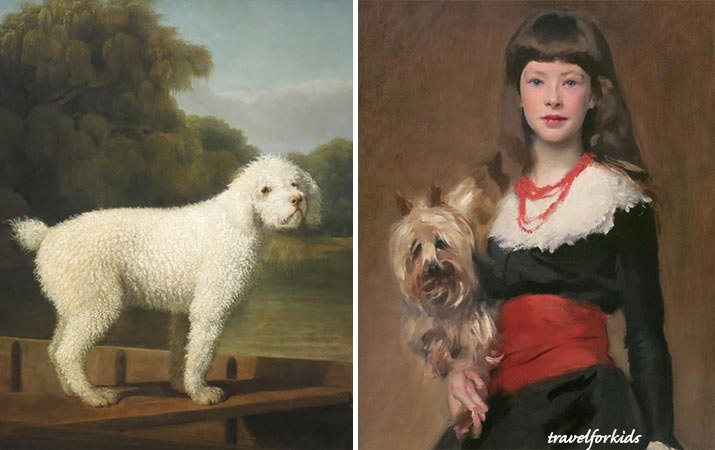 (on left) White Poodle in a Punt, by George Stubbs, Gallery 61 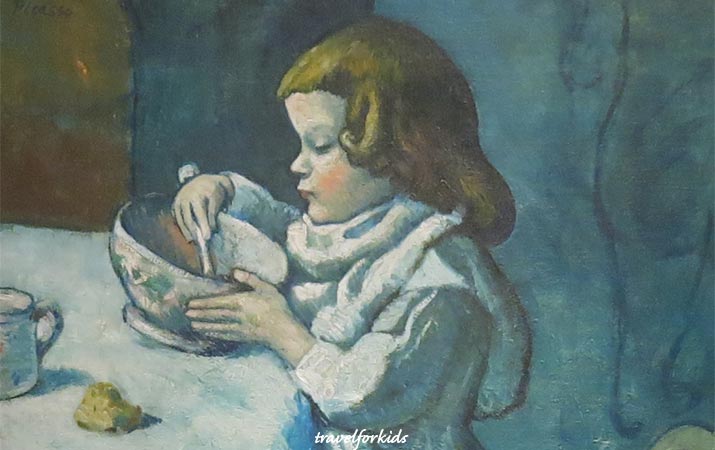 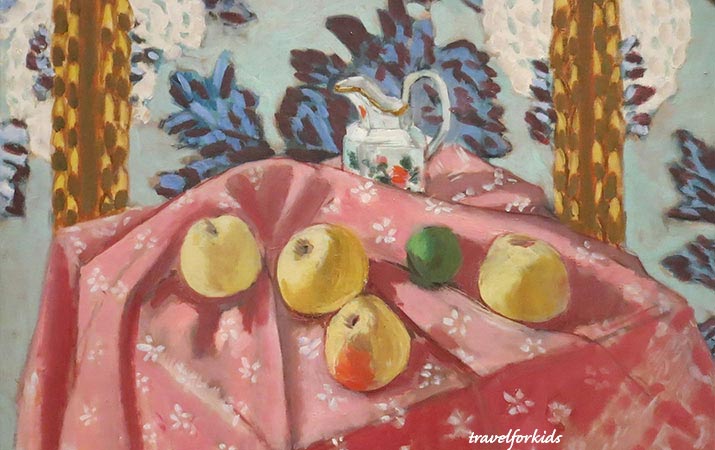 Still Life with Apples on Pink Tablecloth, by Henri Matisse (not on view currently) 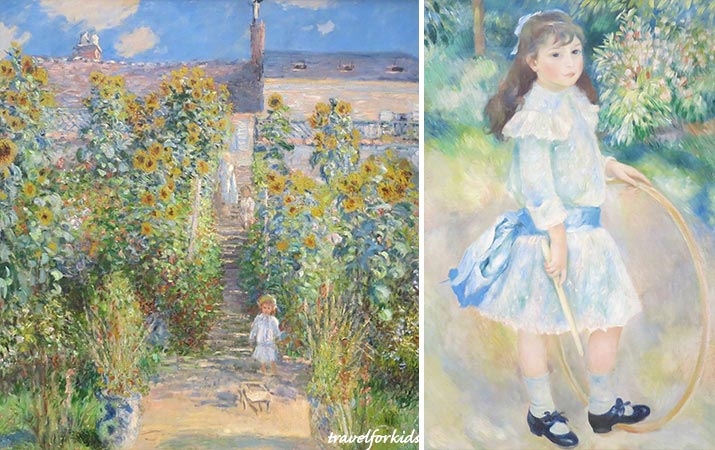 (on left) The Artist’s Garden at Veutheuil, by Claude Monet, Gallery 85

(on right) Girl with a Hoop, by Auguste Renoir, Gallery 85 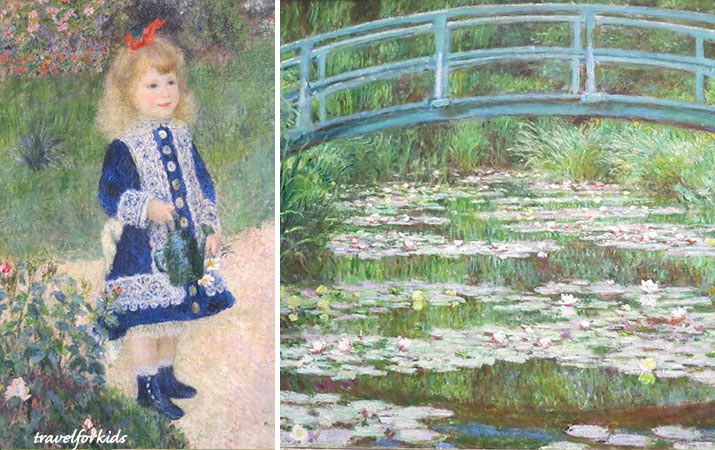 (on left) A Girl with a Watering Can, by Auguste Renoir, Gallery 85

(on right) The Japanese Footbridge, by Claude Monet (not on view currently) 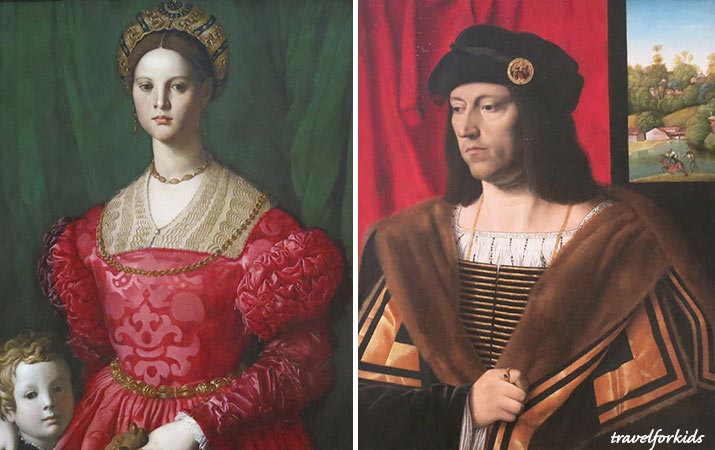 (on left) A Young Woman and Her Little Boy, by Agnolo Bronzino, Gallery 21

(on right) Portrait of a Gentleman, by Bartolomeo Veneto, Gallery 10

What do well-dressed women and men wear in 16th century Italy? 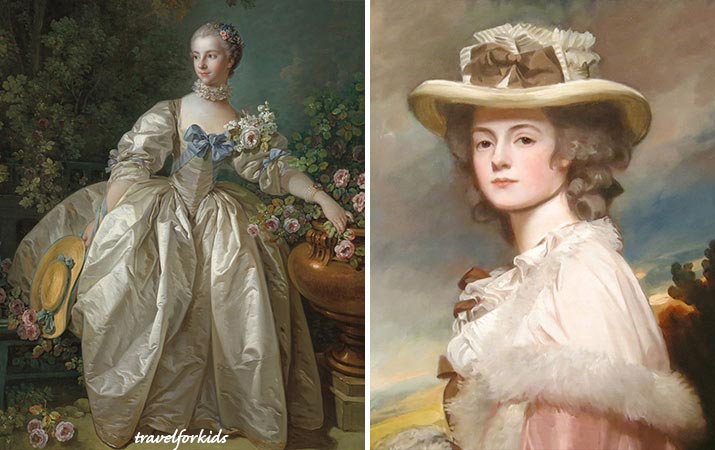 Late 18th century, two ladies from France and England, posed for a stroll in the garden? 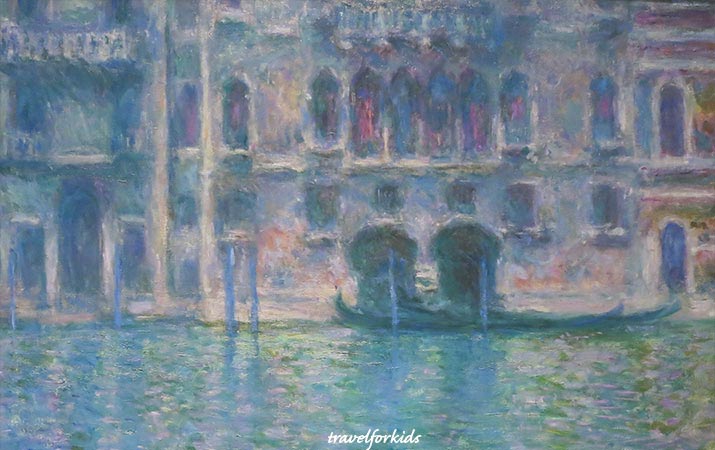 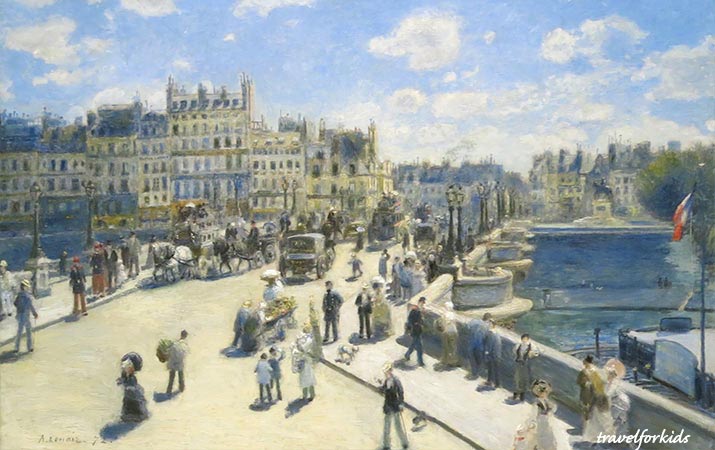 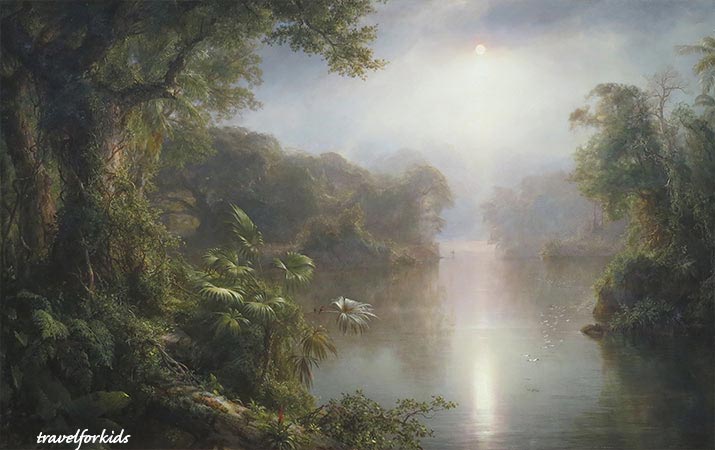 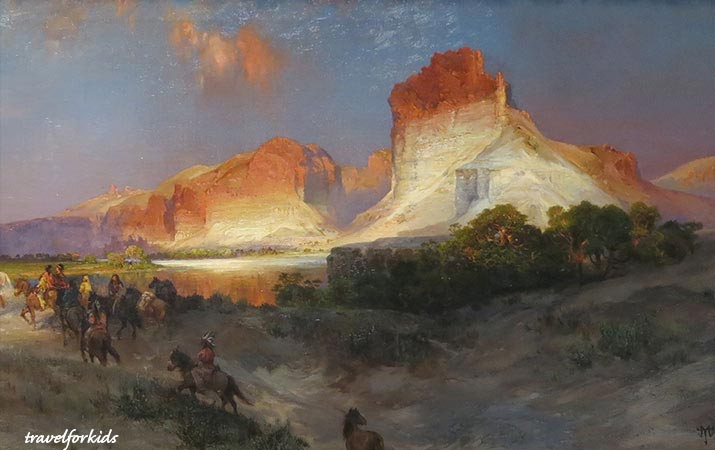 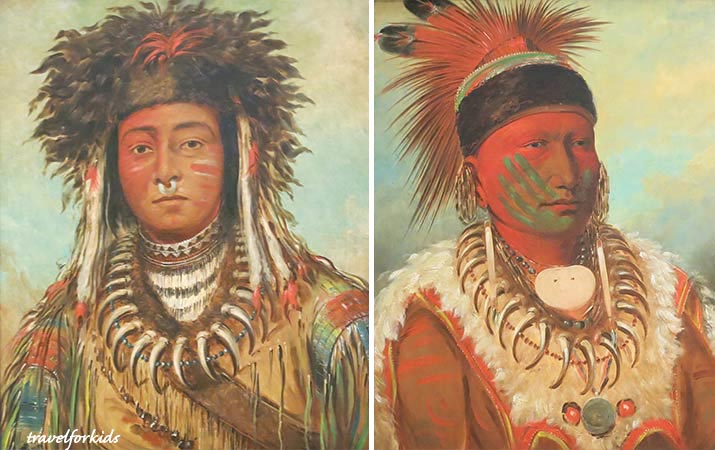 (on right) The White Cloud, Head Chief of the Iowas, by George Catlin, Gallery 63 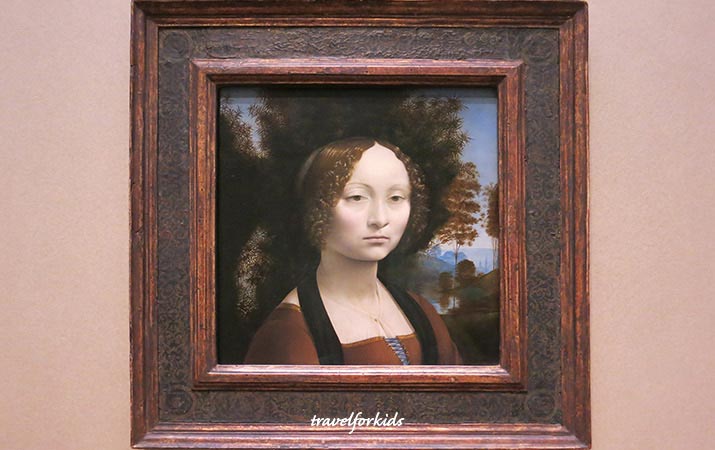 Ginevra was the daughter of a Floretine banker, her portrait was probably painted when she was married, age 16. 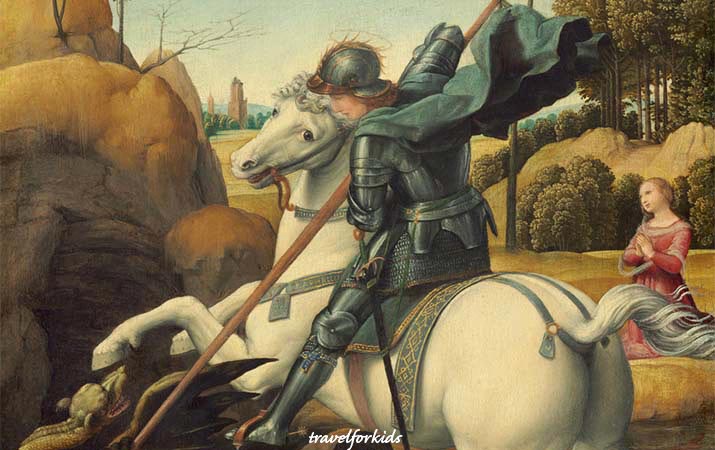 Saint George and the Dragon, by Raphael, Gallery 20

Saint George kills the dragon, and rescues the princess. 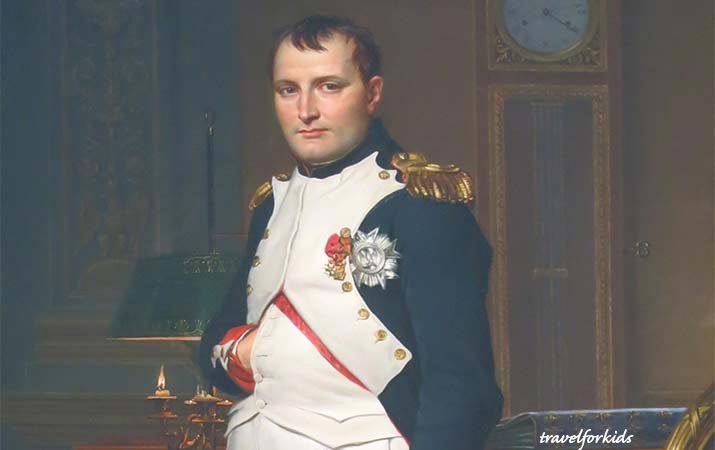 Emperor Napoleon Bonaparte in His Study in the Tuileries, by Jacques-Louis David, Gallery 56.

The painting depicts a scene in 1804, soon after Napoleon declared himself Emperor, and went to live in the Tuileries Palace, residence of previous French monarchs. 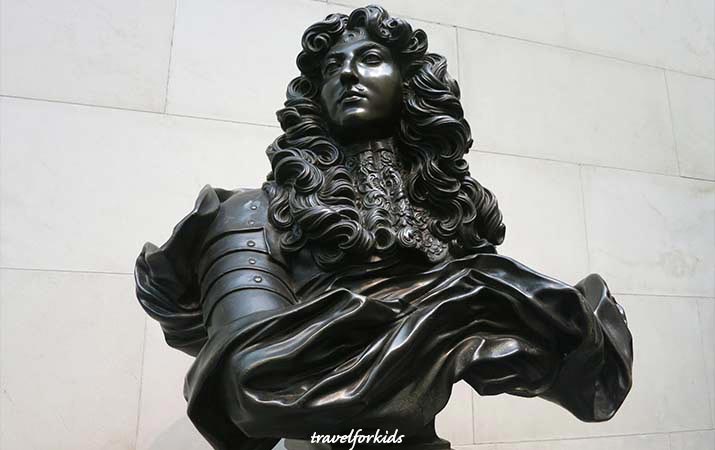 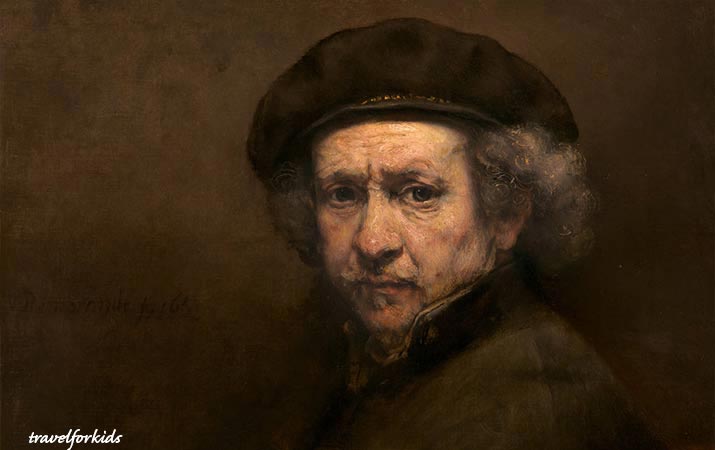 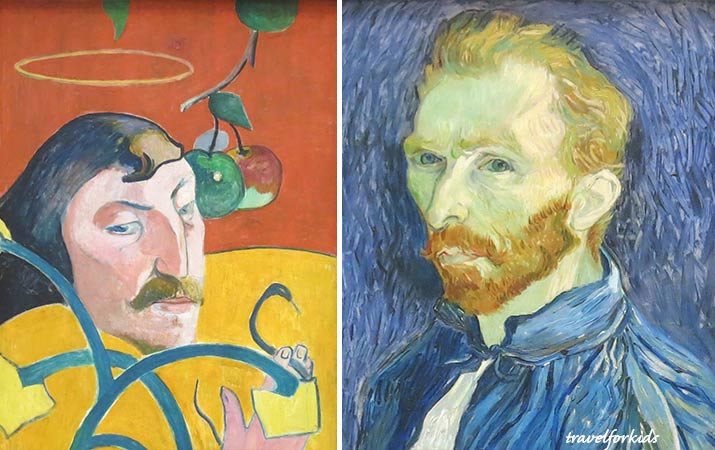 Off for the day 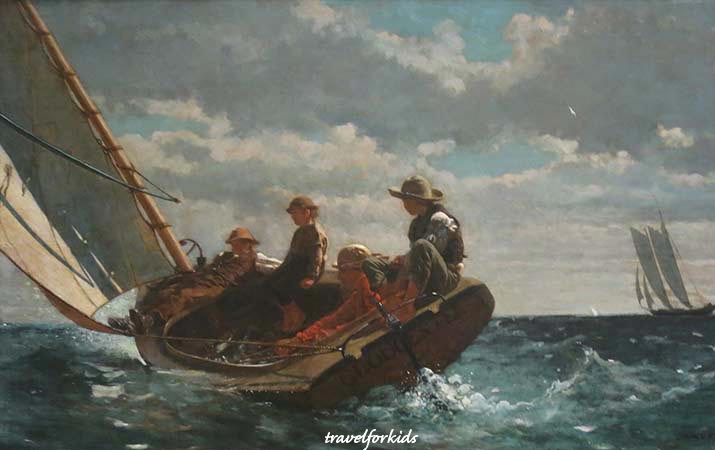 Breezing Up (A Fair Wind), by Winslow Homer, Gallery 68

Editor’s note: This is a well-known painting by American artist Winslow Homer, but it when I look at this painting, wind filling the sails, kids relaxed on the boat, I’m reminded of our boys … set a course and go.

Visit Travel for Kids website for more fun things to do with kids in Washington DC.