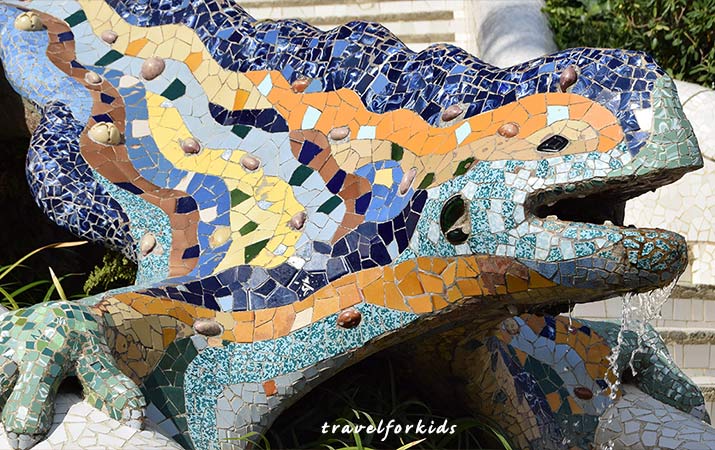 Gaudi’s captivating mosaic dragon in Parc Guell is just one of many dragons kids will see on a visit to Barcelona.

Dragons (dracs), portrayed in paintings, sculpture, architecture, processions, chocolate, souvenirs, are very much a part of the history and culture of Barcelona.

Saint George (Sant Jordi), patron saint of Catalunya province, is famous for saving a princess and killing a dragon – two more dragon slayers in Barcelona are Archangel Michael and Wilfred the Hairy.

Some tips to identify different heroes and dragons, and where to see them in Barcelona. 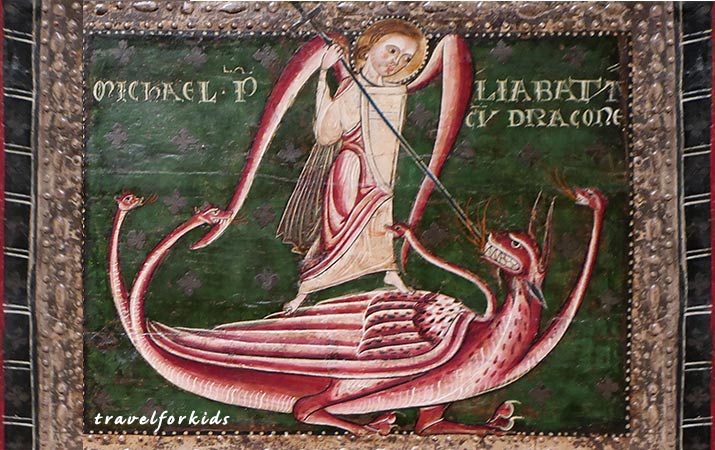 Archangel Michael is a biblical warrior saint, who defeats evil in the form of a dragon.

Archangel Michael is not unique to Spain – he is revered throughout Europe and the Middle East, and appears in many churches and monuments (including Mont Saint-Michel in France, Castel Sant’Angelo in Rome). Michael is represented with spreading angel wings, holding a sword or lance and shield, the dragon is often has multiple heads. 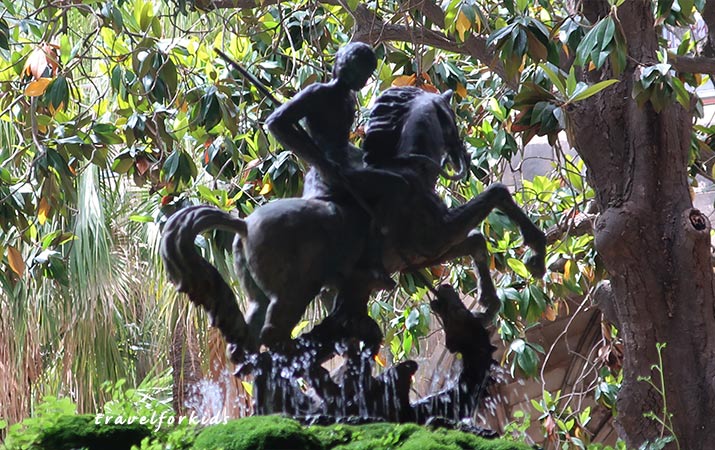 Very popular in Barcelona, Saint George (Sant Jordi), is the patron saint of medieval knights, and portrayed wearing armor, carrying a shield with a cross, and sticking the dragon with a long lance or sword.

In the legend of St. George, when a dragon threatens the kingdom, a maiden is offered as tribute. Just as the king’s daughter is about to be eaten up by the dragon, Saint George arrives in the nick of time, kills the dragon and rescues the princess.

Barcelona celebrates Sant Jordi day on April 23. During Corpus Christie celebrations in late May or early June, a giant paper-mache dragon is carried in the parade, and other dragons are “fire-breathing” fireworks.

Look for Saint George and the dragon in the following locations:

Cathedral of Barcelona, fountain in the cloister. 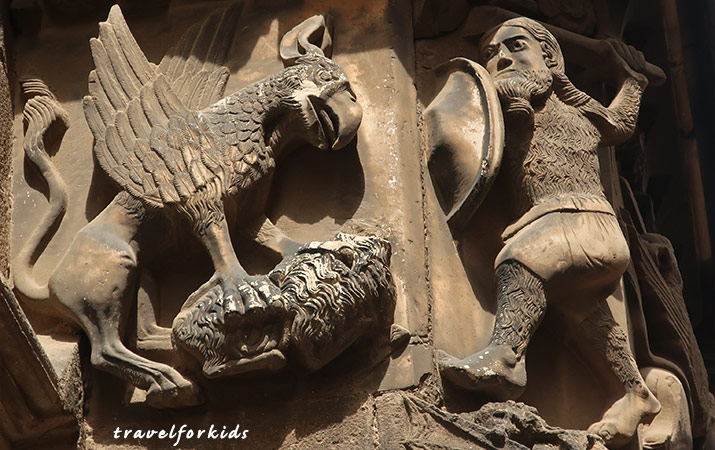 Wilfred the Hairy (Guifre el Pelos) and his encounter with a dragon is a unique Barcelona legend. Wilfred became count of Barcelona in 878, and is considered the founder of Catalunya.

In legend, departing Moors left the gift of a dragon, that lived in a cave in Catalunya. The dragon ate peasants and knights, breathed fire, and was impossible to kill. Wilfred the Hairy (or Wildfred’s father) fiercely attacked the dragon with an oak branch, which the dragon broke in half, but Wilfred persisted and dispatched the dragon with his lance and sword.

Also on the same column, next to Wilfred is Saint George in armor attacking his dragon. 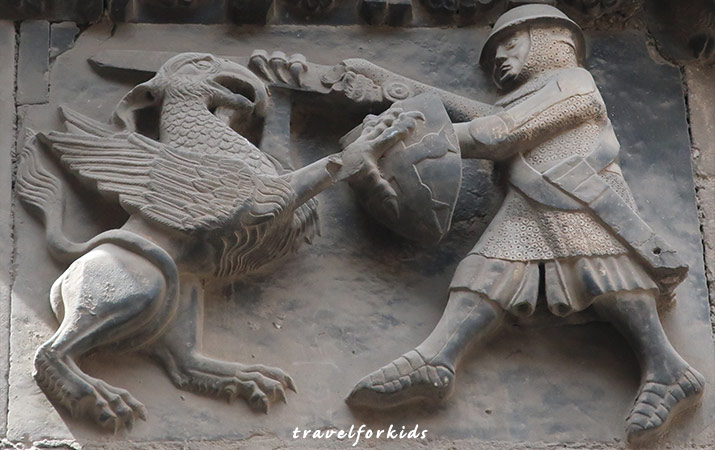 Dragons (some without heroes) are everywhere you look in Barcelona: 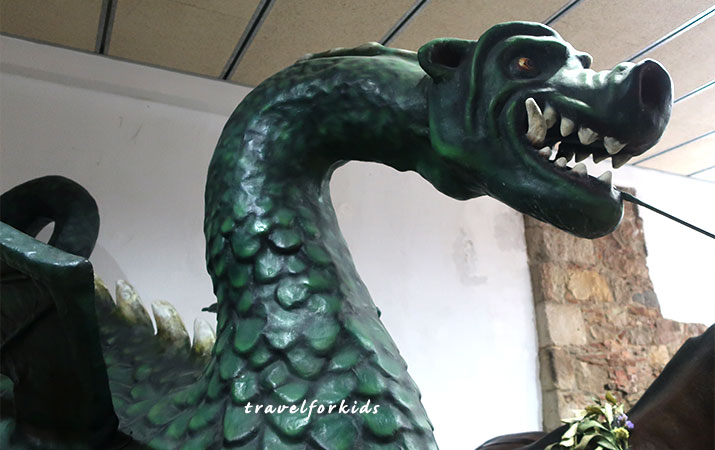 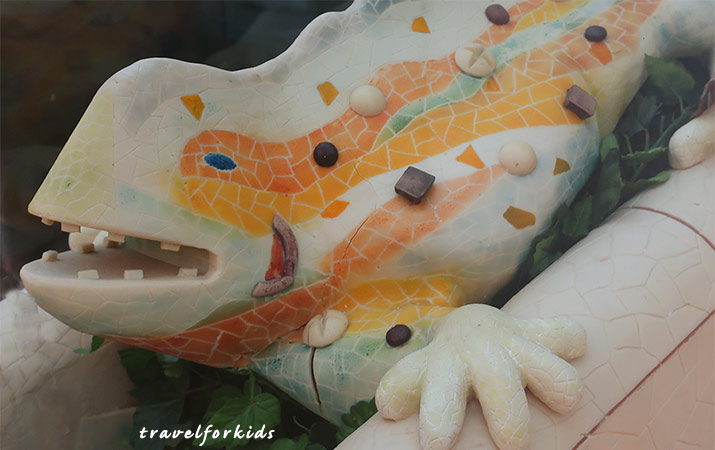 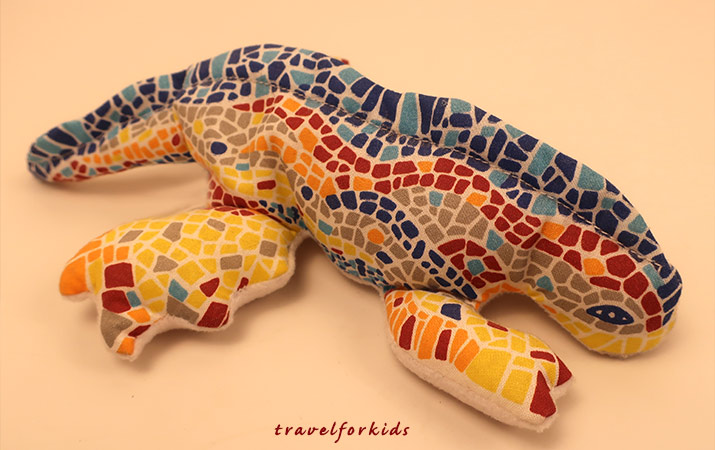 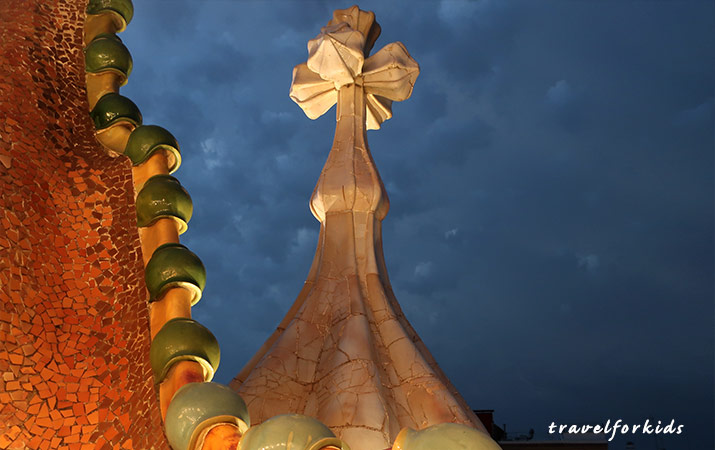 The Casa Batllo by Gaudi is the biggest dragon of all. Go up to the rooftop to see a ridge of wavy ceramic tiles like the back of a dragon, and tower with four armed cross like Saint George’s shield.

From Travel for Kids: Our text and images are original and copyrighted, please don’t take and use these images and our work on other websites, blogs and social media.