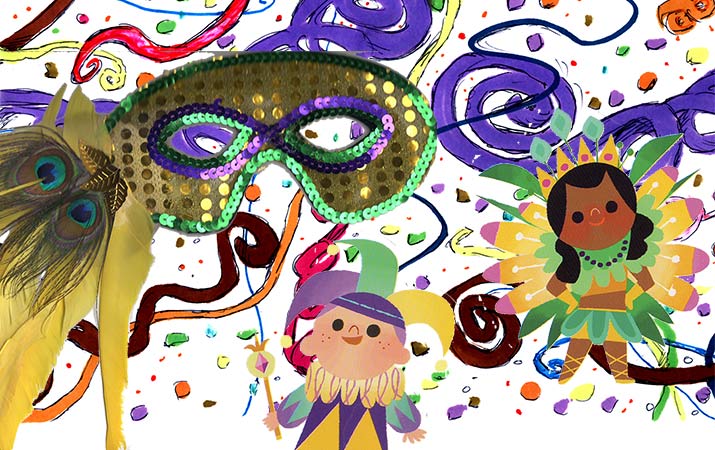 New Orleans Mardi Gras is famous for colorful parades, but there’s also world-wide celebrations of Carnival (Carnaval, Carnevale), such as the yearly samba festival in Rio de Janeiro and costumed party-goers in Venice.

Mardi Gras is the French word for “Fat Tuesday” (also called Shrove Tuesday), the last day before Lent, in the seventh week before Easter. As Easter is not the same date each year, Mardi Gras and Carnival are celebrated some time between February and March. These festivals often last for more than one day, with food, music, dancing, parades and costumes. 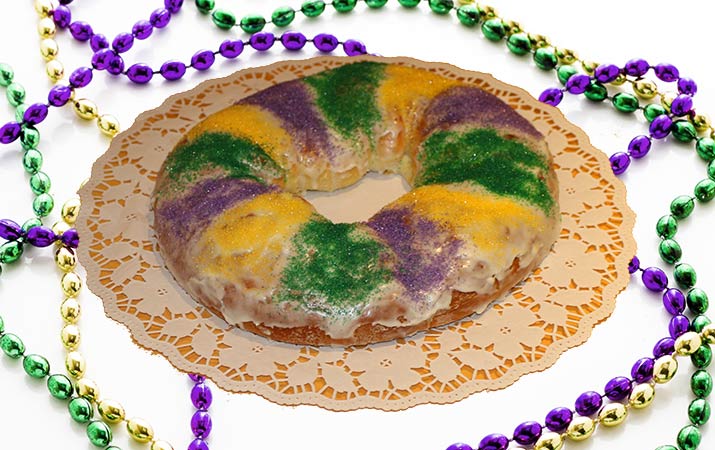 In New Orleans at Mardi Gras, King Cake is the local treat. It’s a lovely raised-dough cake, decorated with white frosting, and purple, green, yellow sprinkles. Inside the cake is often a figurine of baby Jesus. People eat the cake from Jan. 6 (Epiphany) until Fat Tuesday, after that, it’s traditional to give up things like sweets until Easter.

We baked a King Cake (without a figurine inside), and it was delicious.

For a quick, easy to make King Cake, check out the recipe and delightful story The King Cake Baby below, or similar recipes online. 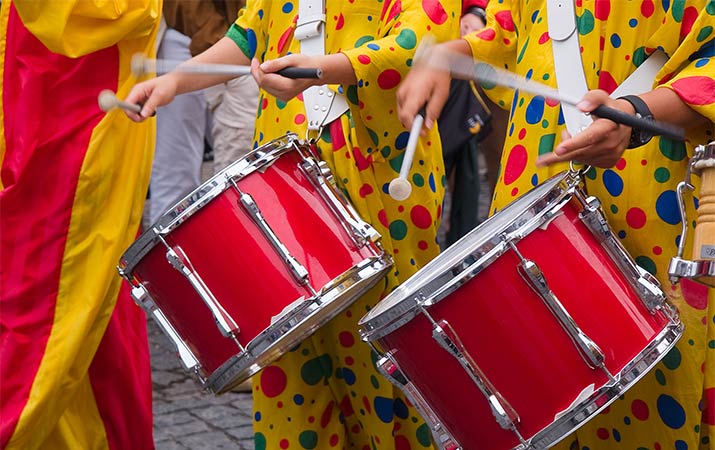 Carnival in Rio de Janeiro is a giant celebration, and the heart of it is samba. Samba is African-Brazilian dance and music, with a variety of drums, shakers, trumpets, trombones, guitars. Samba schools from different neighborhoods in Rio practice months ahead for Carnival parades. Thousands of performers, gorgeously costumed and accompanied by colorful floats, dance with live music through the Sambadrome parade route – it’s one big party.

Bring home the fun and excitement of Carnival in Rio by listening to samba music. 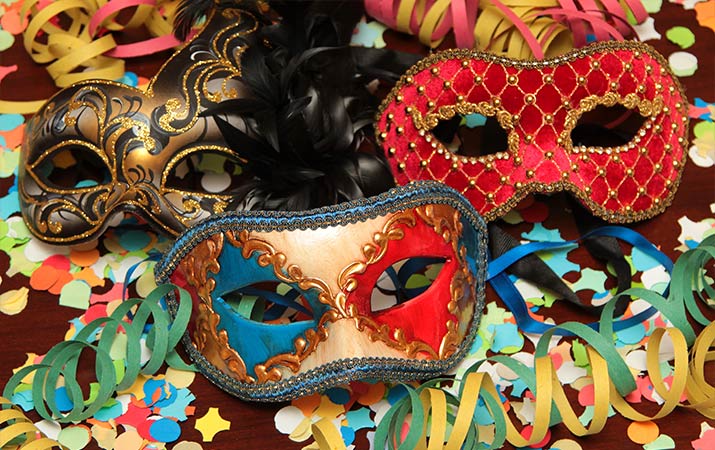 Venice is famous for opulent Carnival masks and costumes. Celebrated in Venice since the 12th century, people go all out for their Carnival apparel. Women wear long gowns in velvets, silks and brocades, men dress like Louis XIV with ruffled shirts and plumed hats. There’s also swirling black cloaks and white masks (most notable, the white plague doctor mask). Children dress up in miniature versions of adult clothing. Here’s photos of masks and costumes at Carnival.

Celebrate Carnival in Venice by making your own masks, half masks or full face. Paint masks white or gold, or cover with foil. Decorate with glitter, sequins, feathers, or lace. 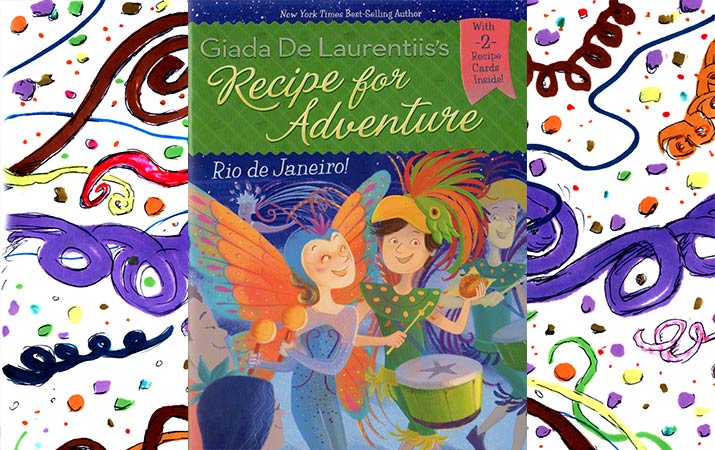