Liquid asphalt seeped to the surface from underground, and was covered by leaves and dirt. In the warm summer, when the asphalt was especially sticky, animals got stuck in the goo. Bigger predatory mammals, trying to scavenge, were also trapped in the sticky stuff too. The animal bones were fossilized in layers upon layers, crunched on top of each other.

In the early 1900’s, a geologist saw evidence of fossils stuck in the tar (asphalt really) at Rancho La Brea, and realized these were prehistoric animals.

The first excavations started in 1905 and continue to this day. In the Page Museum Fossil Lab, kids can watch paleontologists at work on millions of pieces, uncovering more of this treasure trove of Ice Age fossils.

Outdoors, the tar pits are still blurping and bubbling away, asphalt and gas bubbling on the surface, and active excavation sites.

Here’s some of our favorite animals in the Page Museum: 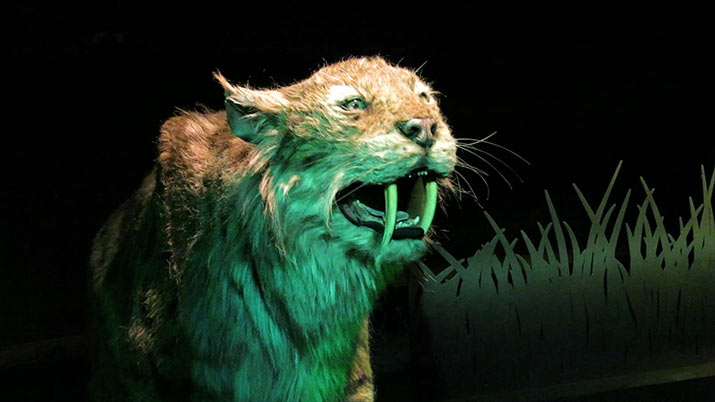 California saber-toothed cats –
It’s those big curvy teeth that make Smilodon fatalis so fascinating. And there’s plenty of saber-tooth cat fossils – in their eagerness to capture their prey, seems they ended up in the same death trap.

Ground sloths –
Harlan ground sloths were big guys, over 6 ft tall, and weighing over 3,000 lbs. Sloths ate grasses and shrubs, but sloths were a tasty treat for saber-toothed cats. 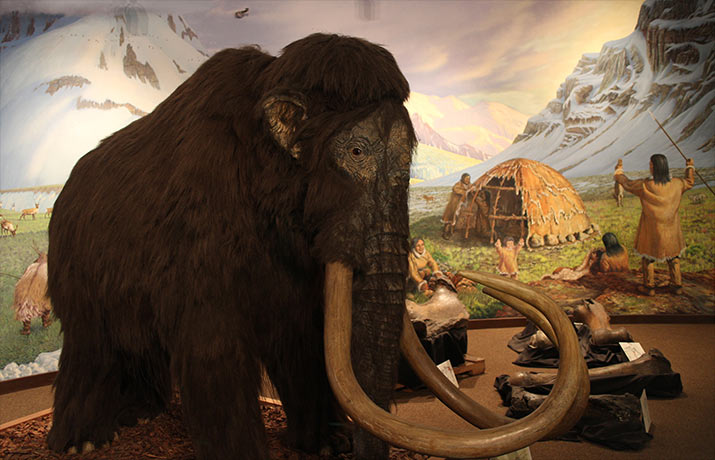 Columbian mammoths –
Columbian mammoths were about as tall as an African elephant, and those long curvy tusks were useful to uncovering food (grasses) and fighting off predators. In 2006, a nearly complete mammoth “Zed” was found, and pieces of his skeleton are visible in this display and in the Fossil Lab. 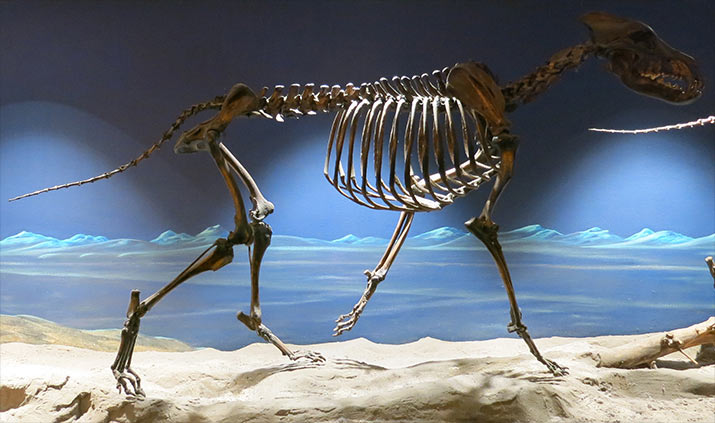 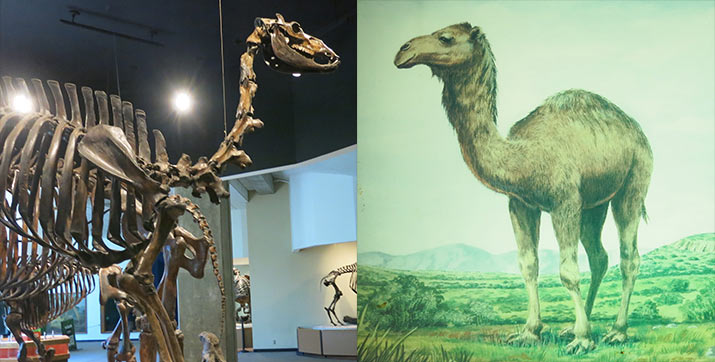 Yesterday’s camels –
Did you know that camels originated in North America about 45 million years ago (and then migrated to Asia and Africa)? The camels found at Rancho La Brea, Camelops hesternus, are extinct, but were similar in build to a Bactrian camel.

Allow plenty of time to explore the Page Museum. Outside in Hancock Park, along with the bubbling asphalt, there’s a giant ground sloth and short nosed bear for kids to climb on, picnic tables, and plenty of grass to run around.

Tip: Close by, a great place to have lunch close by is The Original Farmers Market at 3rd and Fairfax.

And find more fun things to do with kids in Los Angeles on Travel for Kids.