Bring a picnic lunch to enjoy at Ayala Cove, then hike around the island for panoramic views of Golden Gate Bridge and San Francisco skyline.

Two thousand years ago, the Miwok people came to the island to fish and hunt. Spanish arrived in 1775, and named the island Isla de Los Angeles – Angel Island.

During the Civil War, cannons were installed and troops stationed to defend San Francisco Bay. In 1880’s, a lighthouse was built with fog bell and later a light, to help guide ships through dense fog in the bay. 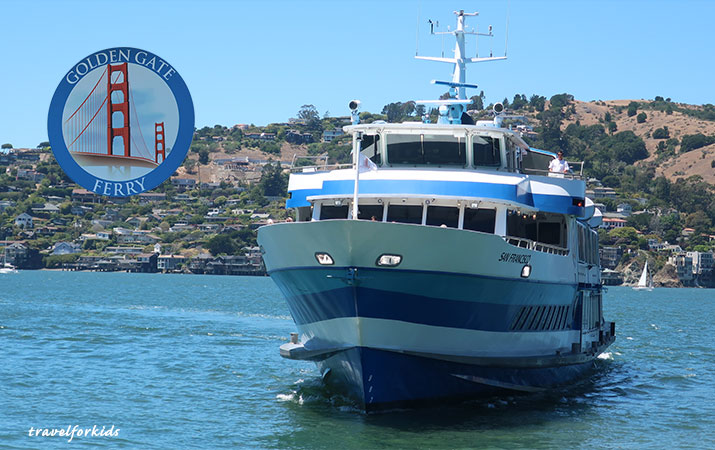 To get to Angel Island from San Francisco, from Gate B at the Ferry Building, take the Golden Gate Ferry.

If you have a Clipper card to use on BART, buses, trams, you can also use it for the ferry ride.

Or, stop at the ticket kiosk on the east side of Ferry Building (Gate C) to buy a round trip ticket to Angel Island (no tickets are available on the island).

On the ferry ride you’ll have gorgeous views of San Francisco Bay. On our trip, Golden Gate Bridge was wreathed in fog, only one tower poking up, but the bay was sunny.

Tip: On the water, temperature is cool, breezes are refreshing, ferry ride is the perfect escape on a hot summer day. 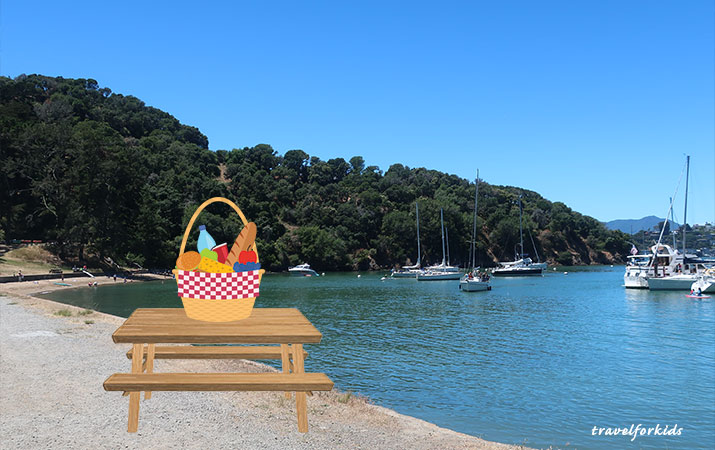 The ferry docks at Ayala Cove, on the north side of the island.

Here you can pick up brochure with map of Angel Island, rent bikes (adult size bikes only), use restrooms, pick up snacks and drinks at the cafe. There is also a tram tour of the island.

At the cove is a large grassy area, with plenty of picnic tables. More picnic tables are available throughout the island. Bring a picnic lunch and cold drinks for your visit to Angel Island!

Stop into the Visitor Center for exhibits about history of island and the lighthouse. 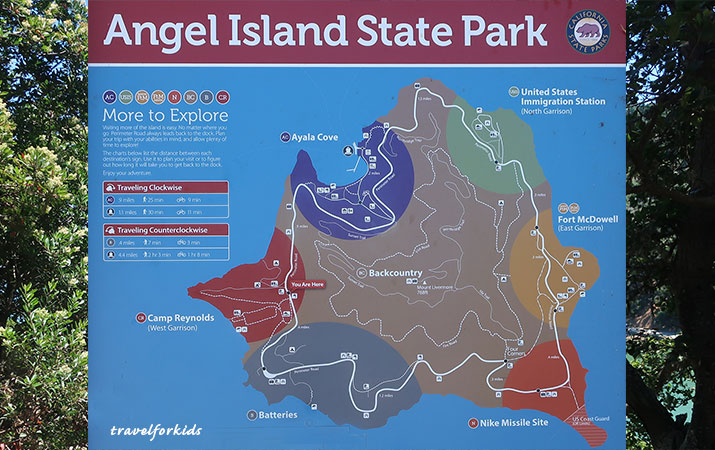 The paved Perimeter Road from Ayala Cove goes in a 5 mile loop around the island.

There are also dirt paths to climb up to the island summit, Mt Livermore.

Angel Island brochures have a good map of the island. Also, as you’re hiking along, at different areas are more detailed information boards with maps and information.

This trip, from Ayala Cove we walked to the west side of the island (counter clockwise loop), for panoramic views of the Golden Gate Bridge and city skyline.

We also wanted to see where the lighthouse was once located, on the shoreline at Point Knox. 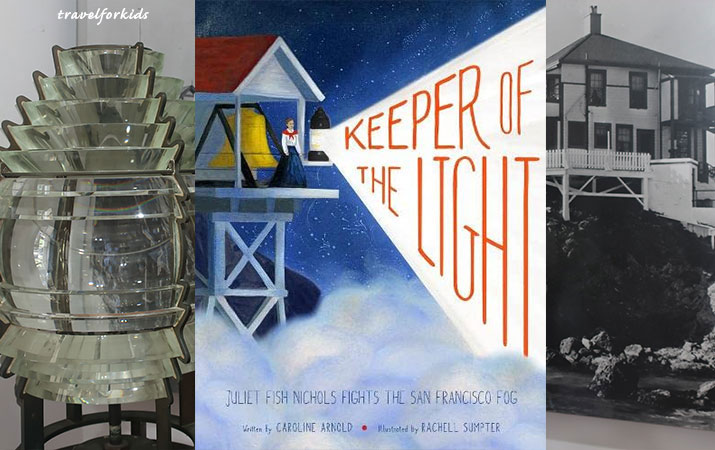 Constructed in the 1880’s, the Angel Island lighthouse consisted of house for the lighthouse keeper, storage buildings, and shed for the fog bell.

In 1900, a light was installed, but the fog bell was particularly important to guide ships navigating the bay in heavy fog.

Read the story of a Juliet Fish Nichols, keeper of the lighthouse on Angel Island from 1902 – 1914.

Her job was to make sure the light was lit, and the fog bell rung every day. She was on the island during the 1906 San Francisco earthquake – the lighthouse was cracked, but she hung the light to guide ferries taking people to safety.

Sometimes she had to ring the three-thousand pound bell by hand, one time for 20 hours straight! 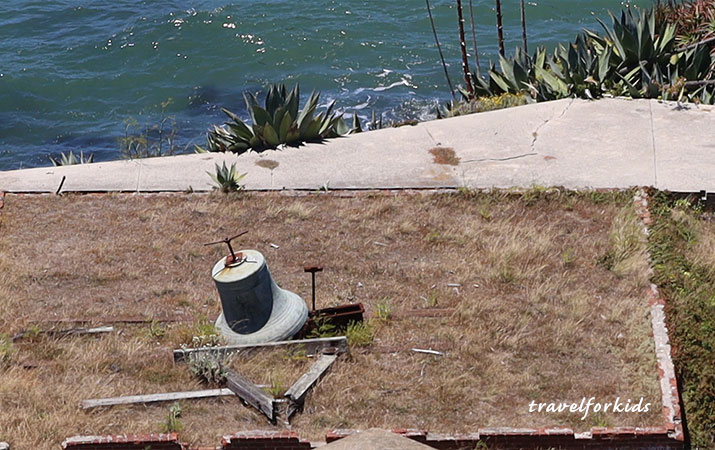 Today, all that remains of the lighthouse is the bronze bell on the site.

“I, Juliet Fish Nichols, am keeper of the Angel Island Light. Day and night – summer, fall, winter, spring – I keep the light shining and the fog bell ringing, no matter what.

Keeper of the Light by Caroline Arnold, Rachell Sumpter 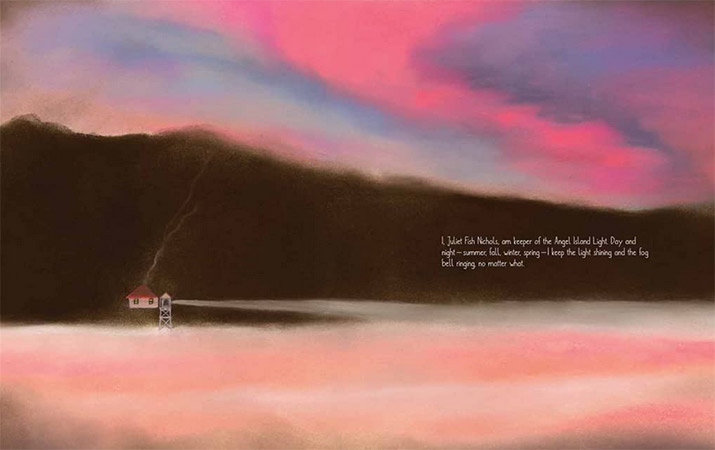