The Musee du Louvre in Paris is a grand and glorious museum, but it also can be a challenge.

The Louvre sprawls through three wings (Denon, Sully, Richelieu), filled with the most amazing paintings, sculptures, artworks from all over the world – it’s easy to get lost in the maze of galleries. 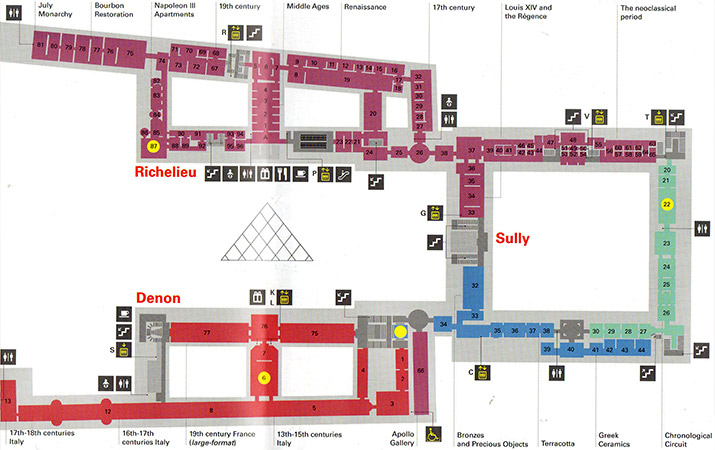 Tips for enjoying the Louvre –

The Louvre is a big crowded, noisy place (which is actually a plus with children, as there isn’t a “cone of silence” sometimes expected in art museums). Kids can stand up close to many ancient sculptures, but don’t touch.

Photos, no flash, are okay. And please remember to be considerate of others – don’t charge in front of people also trying to see the same artwork.

Strollers – The Louvre has elevators, but this is not a fabulous museum for strollers. It’s crowded, there are many stairs, varying levels, some areas are very narrow, e.g. Egyptian mummies and crypt of the sphinx.

Ask directions – If you get lost trying to find a gallery, ask the museum guards – we found them multi-lingual and helpful. 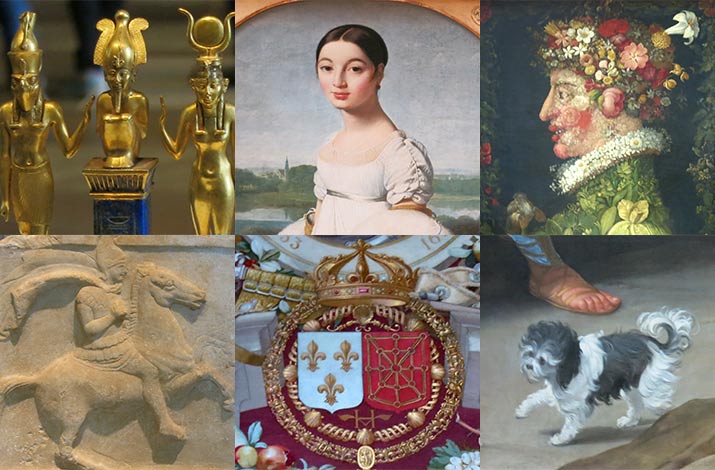 Choose what to see at the Louvre, based on kids’ age and interests. Younger kids can easily relate to animals – Egyptian cats and lions, Italian paintings with puppies, lambs, children and babies, Assyrian winged bulls. With older kids who have more historical context, look for monumental paintings such as Napoleon’s coronation and battle scenes. For kids who like jewelry, visit the galleries with French crown jewels, Egyptian amulets, necklaces, or Etruscan earrings.

The Ancient Egypt collection is memorable, and its first curator was Champollion, who deciphered the Rosetta Stone.

For an idea of what’s in the museum and what kids might want to see, check out highlights of Louvre collections online: Paintings, Egyptian Antiquities, Greek, Etruscan and Roman Antiquities, Sculpture, Near Eastern Antiquities, Islamic Art, Decorative Arts.

Note down the room location of specific artworks, so you can easily find them when you visit.

Here’s just a few of our favorite artworks. 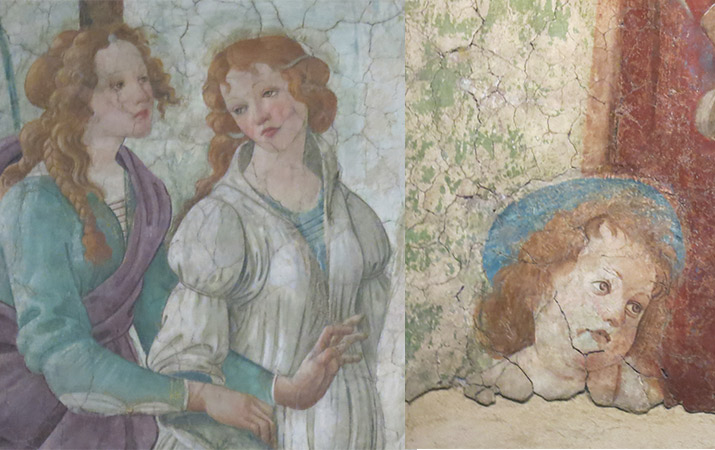 On the way to the Grand Galerie, 1st floor Denon Wing, in Rooms 1 and 2, stop to see two lovely frescoes by Botticelli: Venus and the Three Graces Offerings Gifts to a Young Girl and Youth Being Presented to the Seven Liberal Arts. 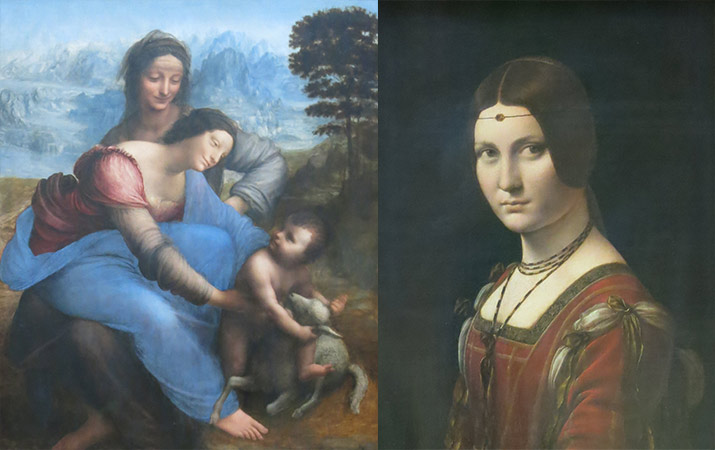 In the Grand Galerie, Room 5, don’t miss more exquisite paintings by Leonardo da Vinci – The Virgin and Child with Saint Anne, and Portrait of a Woman (La Belle Ferrionniere). 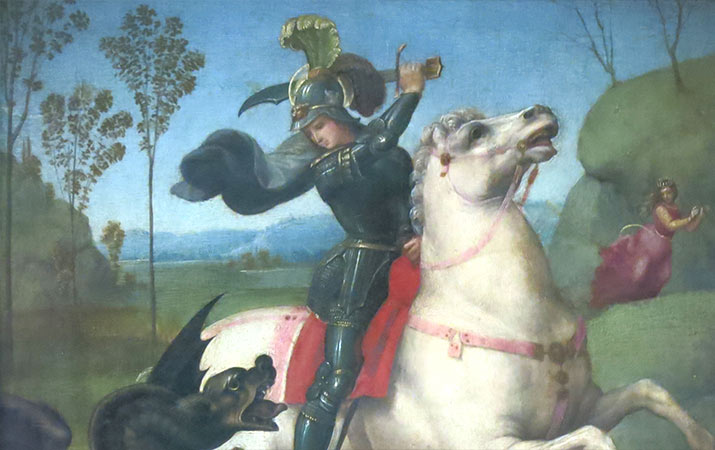 Raphael is noted for his angelic paintings of Mary and baby Jesus, but this is a very dramatic St. George slaying the dragon, also in the Grand Galerie, Room 5. 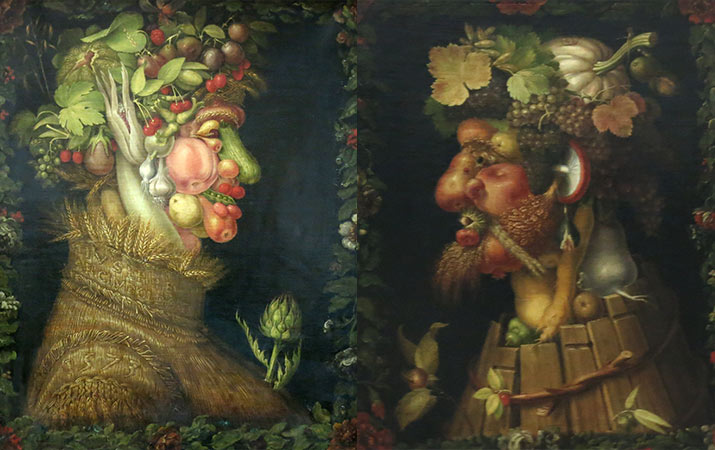 The four seasons – with faces of fruits, vegetables and flowers – by Italian artist Arcimboldo. Here’s two of the paintings, Summer and Autumn. Grand Galerie, Room 8.

Coronation of Napoleon I 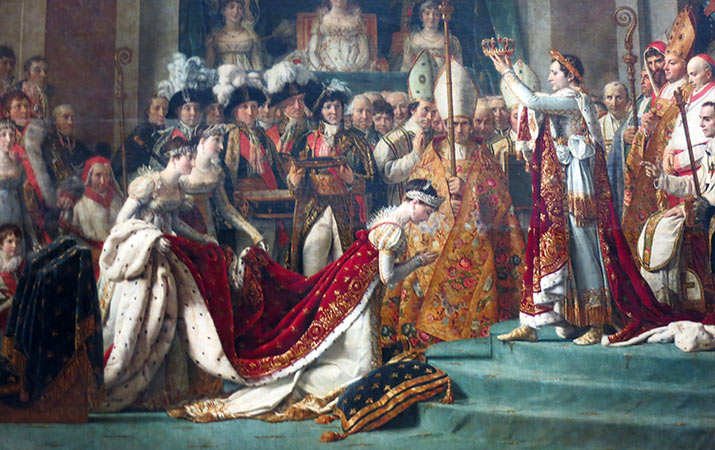 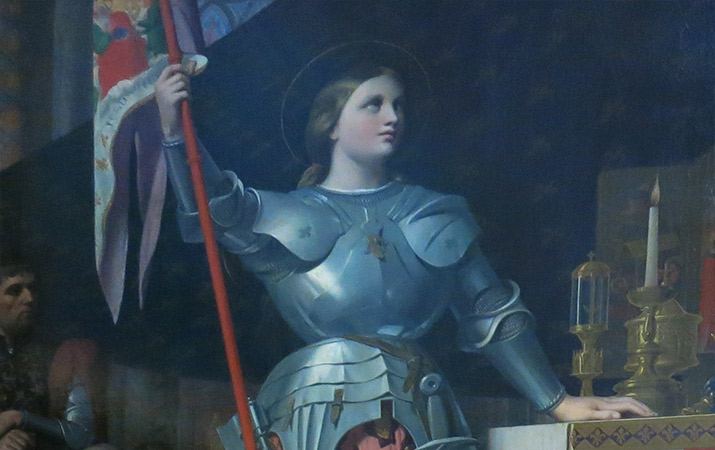 Painted by Ingres in the 19th century, Joan of Arc stands victoriously in Reims cathedral for the coronation of Charles VII as king of France. Denon wing 1st floor, Room 77. 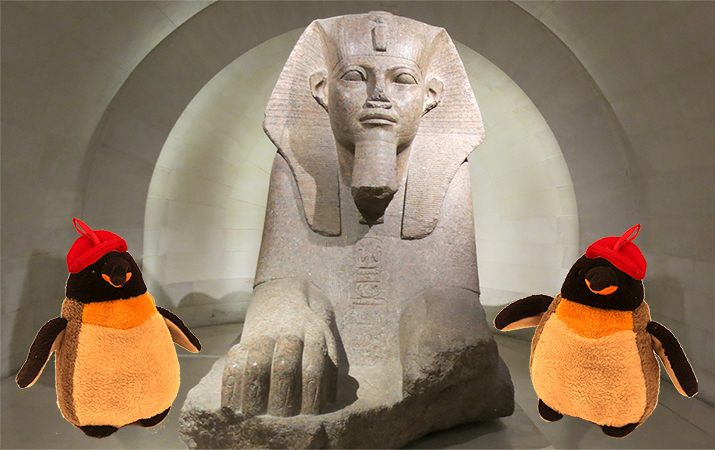 Ancient Egypt sculpture of a sphinx, with head of a king, body of a lion. Sully wing, Lower ground floor, Crypt of the Sphinx, Room 1. 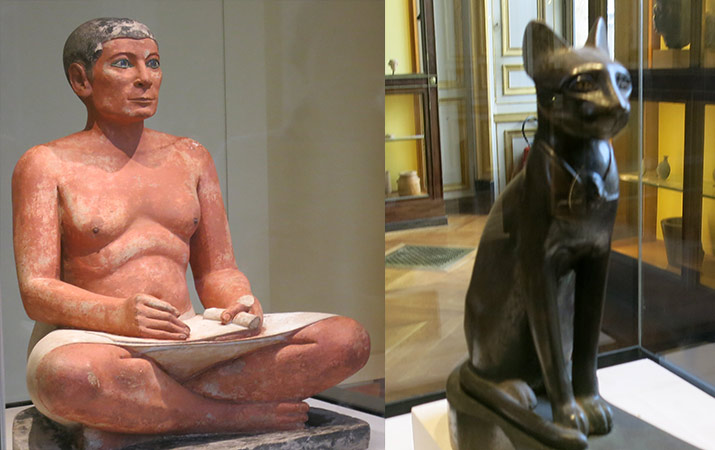 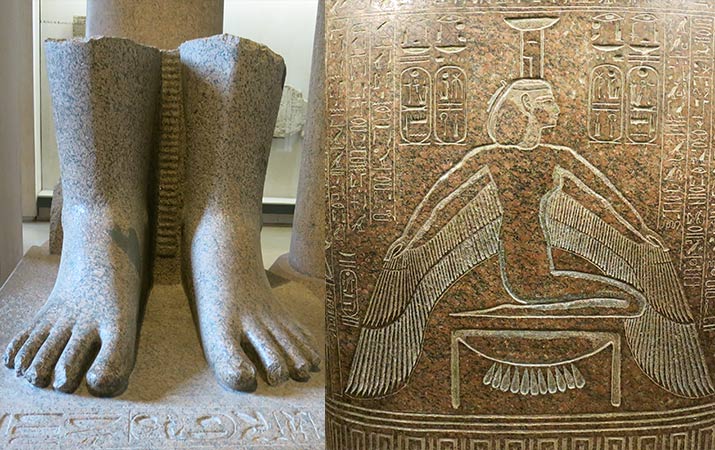 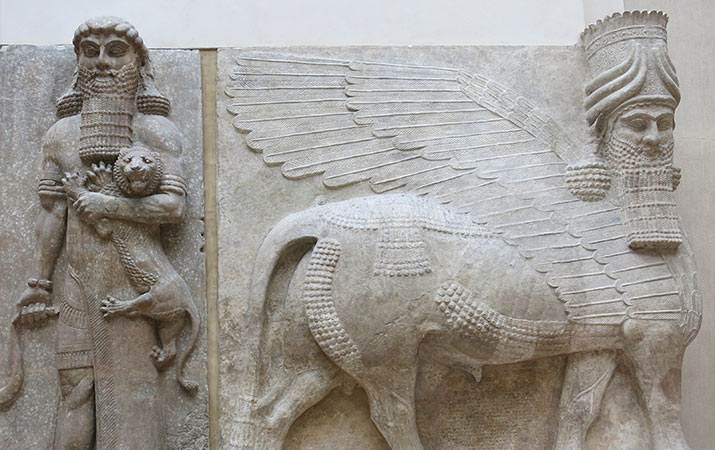 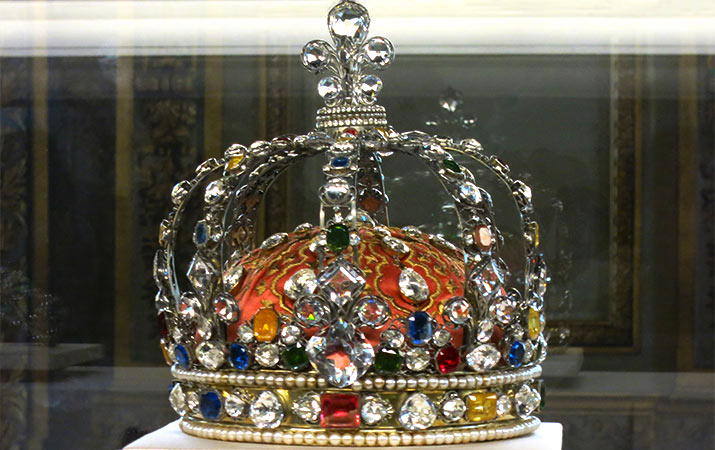 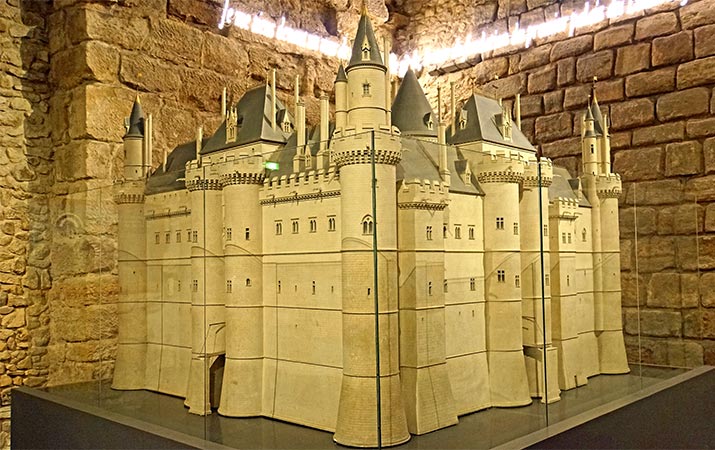 In the late 12th century, King Philippe built a fortress on the site of what is now the the Louvre Museum. Walk around the ruins of the castle keep, towers and ramparts. Sully wing, Lower ground floor (Entresol), follow signs to Medieval Louvre.