Diwali, a five day festival from India, celebrates light over darkness, and good over evil. Origins of the holiday are tied to the Ramayana, epic poem of Prince Rama’s victory over the demon Ravana.

The festival is a time for families be together, make offerings to the goddess Lakshmi and god Ganesha, enjoy special holiday foods, light oil lamps, and watch the night sky illuminated with spinning sparklers and fireworks. 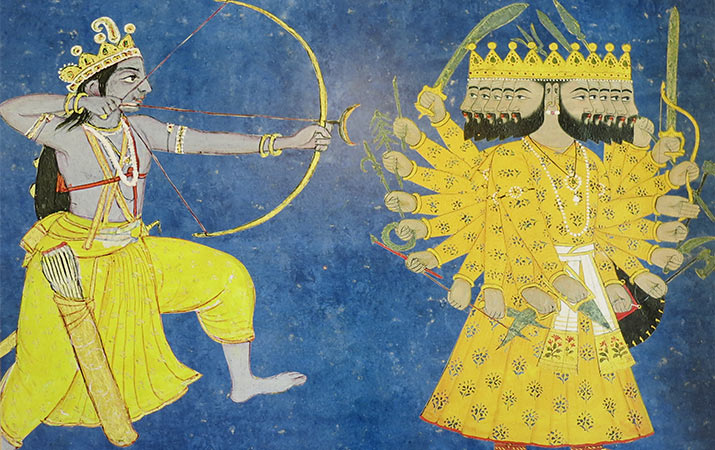 In the Ramayana, Prince Rama is an incarnation of the Hindu god Vishnu. Rama, his wife Sita and his brother Lakshmana are exiled from their kingdom for fourteen years, and go to live in darkest Dandaka forest.

While Rama is away chasing an enchanted golden deer, Sita is kidnapped by the ten-headed demon king Ravana. Rama goes off to rescue Sita, calling upon monkey king Hanuman and his monkey army for assistance.

In the final battle, Rama shoots arrow after arrow from his magic bow, until the demon king and forces of darkness are defeated.

When Rama returns to his kingdom with Sita, they are guided by oil lamps, lighting the way home.

On the first two days of the festival, families clean and decorate their homes with lights, and make sand designs on the floor (rangoli) to welcome Lakshmi.

On the third day, night of the new moon, after darkness strings of lights and oil lamps (diyas) are lit, offerings and prayers are made to the goddess Lakshmi and the god Ganesha.

Lakshmi, the wife of Vishnu, is the goddess of wealth and prosperity. She sits on a red lotus flower, in two of her hands she holds lotus flowers, her other two hands are open, extending blessings and gifts.

Ganesha, the only god with an elephant head, has four arms and rounded tummy. He is much revered as a “remover of obstacles,” and bringer of good luck. Ganesha is also often portrayed with his pet mouse.

As part of the celebration, people light sparklers, and the sky is bright with dazzling fireworks displays.

Important preparations for Diwali include cooking or buying “mithai,” sweets and snacks, to present as gifts to family and friends, and have at home to eat, along with chai (tea). 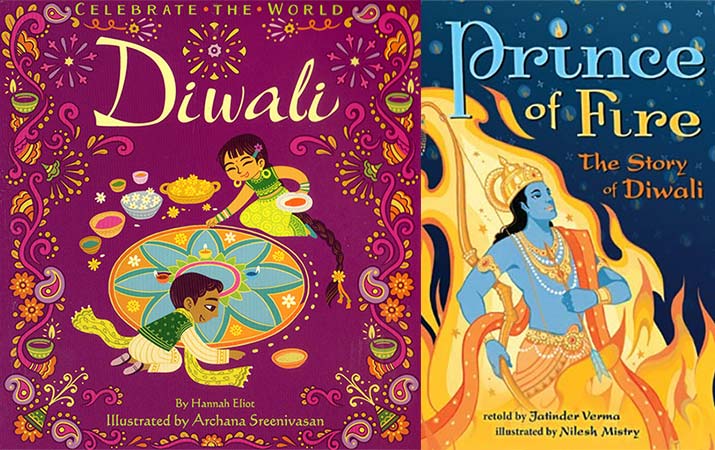