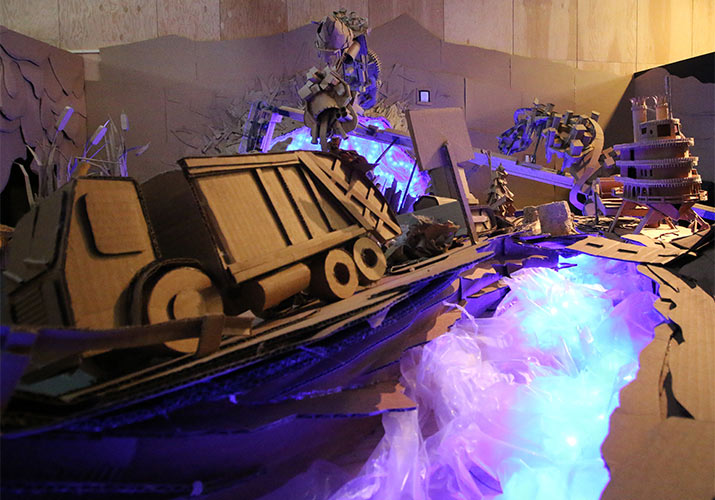 Looking for creative ideas for all those cardboard shipping boxes?

Last weekend we zipped over to the Exploratorium in San Francisco to see a new exhibit called “WildCard.”

Step into a world of imagination, a conservation world, made out of cardboard, scuzzy white plastic, lots of glue, and given shape by a hundred volunteers, designers, engineers from the Cardboard Institute of Technology, a collaborative project with the museum.

What can we say? Where else will kids “Look 4 Cardhenge” and peer through cardboard barnacles to see Stonehenge in cardboard, or a giant cone puffing plastic smoke, bats hanging upside down in a coral reef, spinning world with a city rotating round and round like a Miyazaki animation, chicken foot poking out from under a structure that might be Baba Yaga’s house …

Tip: Pick up the scavenger hunt, and see if kids can find the nuclear reactor melting down the world of cardboard, how many robots visiting, the slithering snake, etc.

WildCard is a temporary exhibit until Sept. 2017.

Science, conservation and creativity are alive in the Exploratorium! 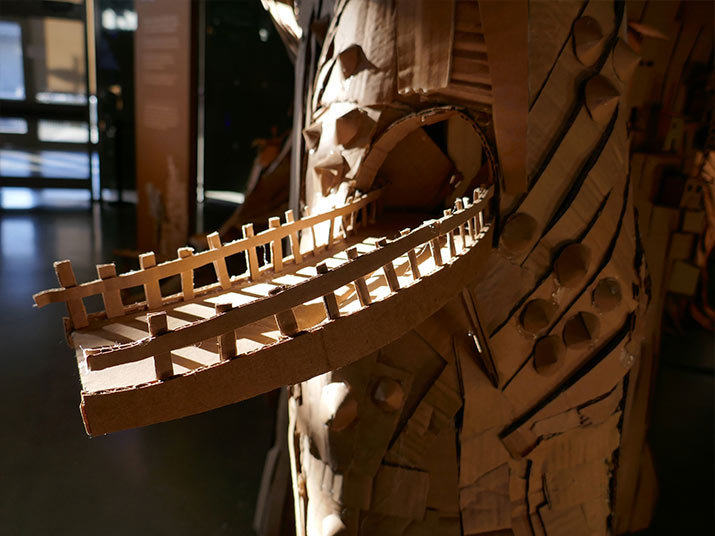 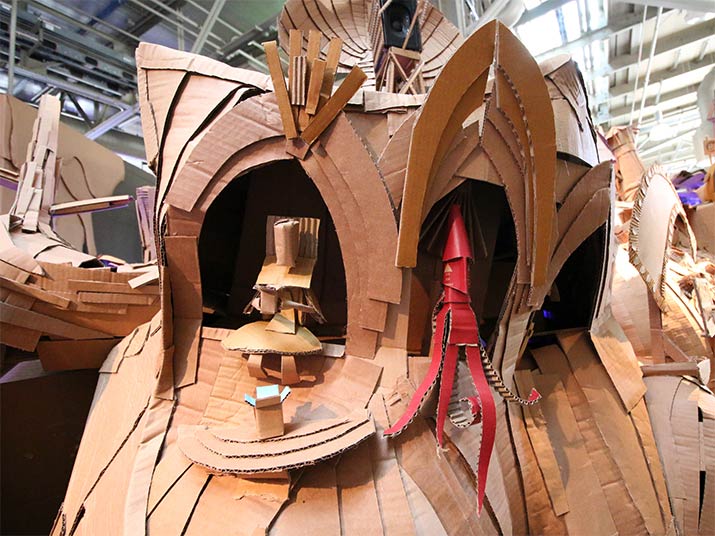 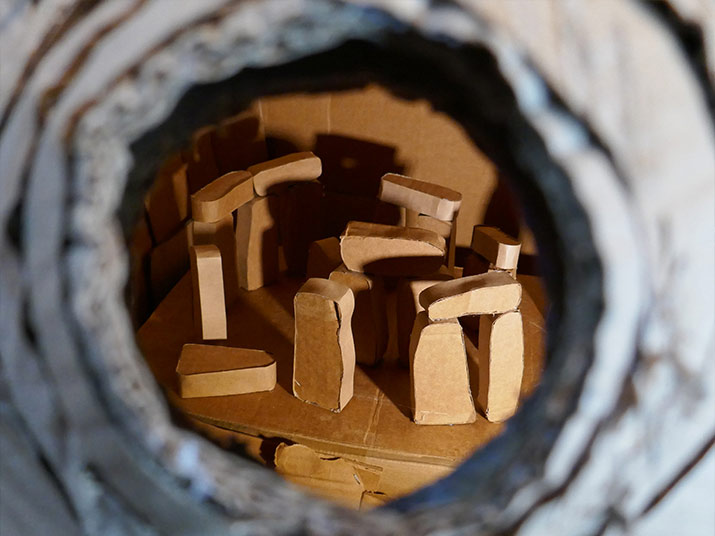 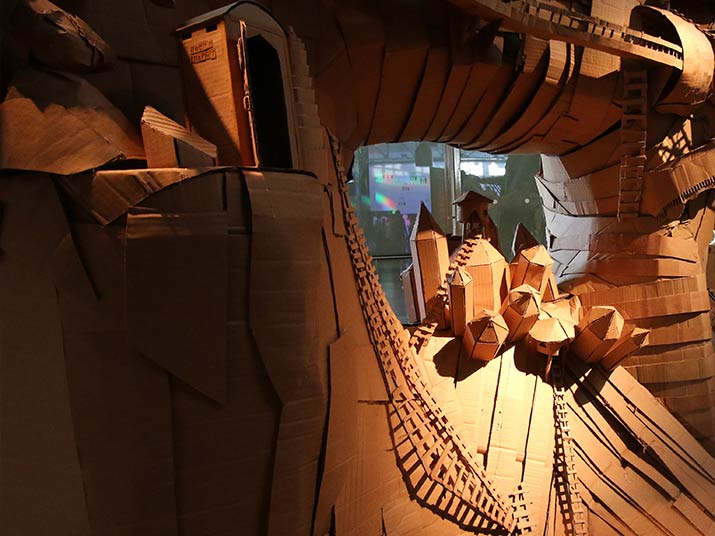 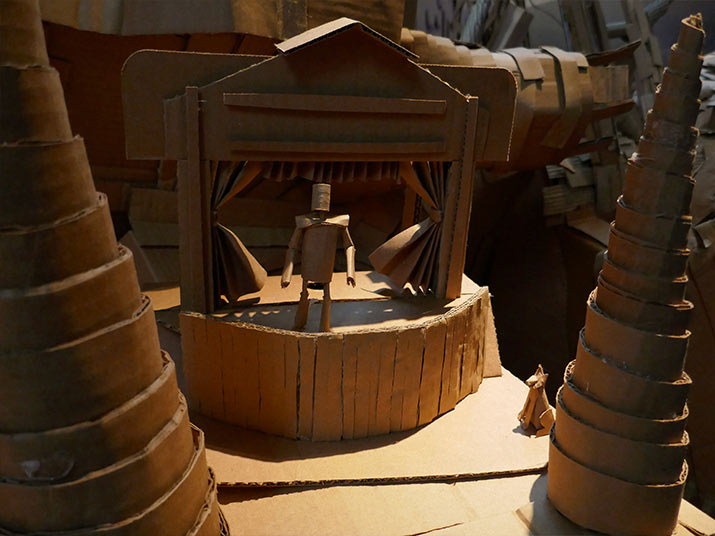