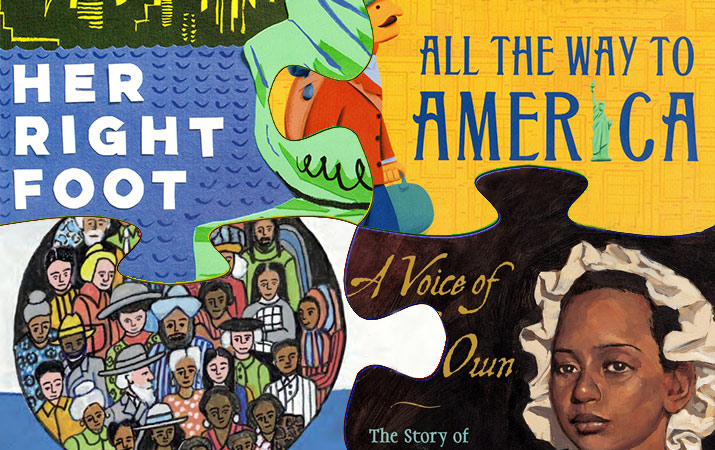 We came to America,
Every color, race, religion.
From every country in the world

The immigrant experience is life turned inside out – children (sometimes alone), teenagers and families leave everything behind in their home country, and start over again in a strange new country.

The idea for this post began with Stepping Stones: A Refugee Family’s Journey.

Browsing through our local bookstore, this book leaped out at us, with extraordinary collages by a Syrian artist, Nizar Ali Badr. He makes his art from small smooth stones gathered on the beach. In the midst of a continuing war today, this book speaks volumes. 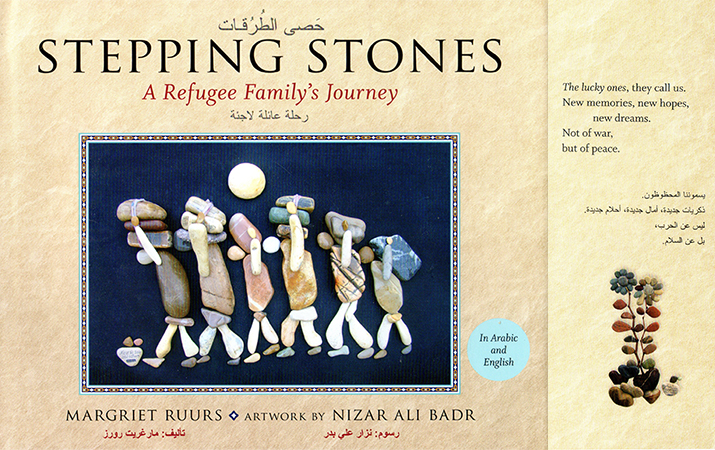