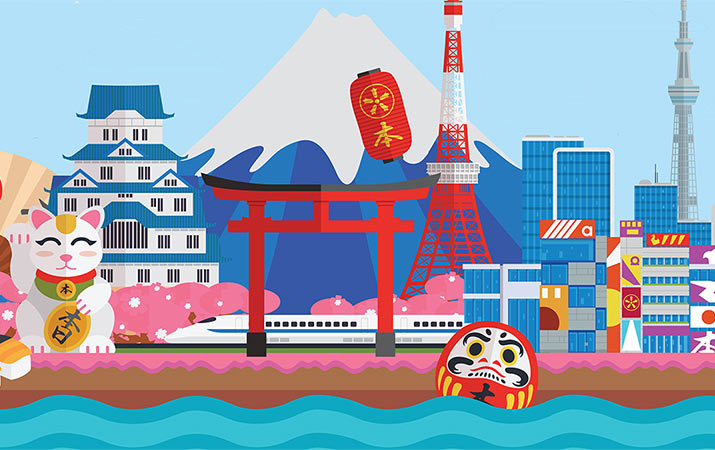 Planning a trip to Tokyo with kids, initially it might seem more difficult than travelling to other foreign cities. We don’t read Japanese, how can we order in restaurants? I’ve heard about toilets that squirt water. How do we buy tickets for the subway and get around Tokyo – the subway map looks like a live octopus! Not to worry, here’s answers to those questions and more, from our own travels in Tokyo.

Your best bet is the excellent subway/train system, which is fast, goes everywhere, and is reasonably priced. Taxis are expensive, but charge one fee, no matter how many people are in the taxi. Tokyo is also a great walking city.

Tokyo subways are superbly organized. Signs are labeled in the familiar Western alphabet, subway lines are color coded, and there’s plenty of directional signs to help you make connections and find exits from the subway.

In addition, there’s also the JR train lines, e.g. the Keihin Tohoku line which stops at Tokyo Station and Shinagawa.

Private railways, such as the Kaisei line, provide speedy Skyliner service from Narita.

To purchase tickets from the Tokyo subway station kiosks – choose the “English” option so you can read the menus. The ticket with most flexibility is the One-Day Open Ticket (good for 24 hours), with unlimited rides on the two major subway lines (Tokyo Metro and Toei).

Before getting on the subway, be sure to determine the end station direction you’re going. For example, are you taking the Ginza line in the direction of Asakusa or Shibuya?

All subway stations are named and numbered, so it’s easy to figure out when to get off (e.g. “We need to get off at Ueno-Hirokoji, stop 15 on the Ginza line”). Also, while riding in the subway car, the next station is usually announced in English, e.g. “The next stop is Shiodome.”

When you get off in big stations, consult posted maps to determine which exit to use. At Otemachi, if you’re going to the Imperial Palace, you’ll want to take the C13 exit, and follow the signs (otherwise, in that big station it’s easy to get turned around in the labyrinth of tunnels and other exits, which is not what you want).

It’s useful to have your hotel address printed out in Japanese, or map your hotel on your phone, show the phone to the driver. When you get out, the taxi driver opens the door automatically (don’t try to open the door manually). Tips are not necessary.

Streets with streetlights have the usual “walk” and “stop” pedestrian symbols to cross, just remember cars drive on the left, so pay attention to the direction cars are turning. With lots of bicyclists in Tokyo, sidewalks and intersections are clearly marked with a line down the middle – bikes are on one side, pedestrians on the other. 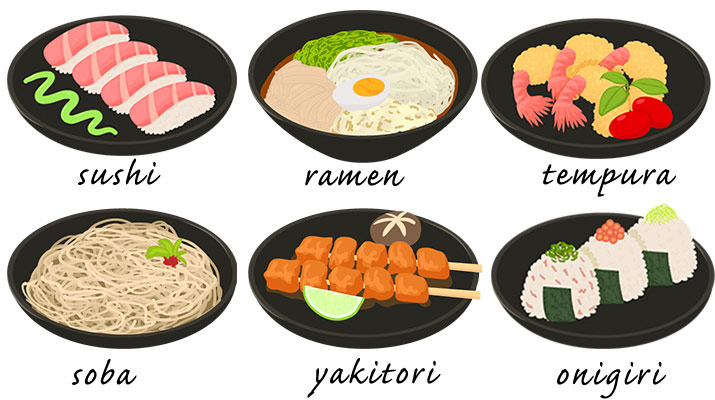 Wherever you are in Tokyo, it seems that restaurants, cafes, snacks, treats, cold drinks are always close at hand. And what an amazing selection – not just Japanese noodle dishes, tempura and sushi, but also sandwiches and crunchy baguettes (and good as Paris), perfect coffee for parents, the most beautiful fresh fruits, and an incredible selection of take-out from the food halls in department stores. There’s also McDonald’s, Starbucks and Denny’s, but hey, you can go to those places at home.

Say there’s a restaurant in the neighborhood near your hotel. Check out the plastic food displayed outside the restaurant (to see what some of the choices will be), then open the door and go in. In our experience, almost the first thing your server will say is “English menu?” and bring the Japanese menu translated into English. To order, just point at your desired dishes on the English menu, and we found this worked without a problem.

Hot or cold soba dishes (fresh soba noodles are so good), or shrimp tempura over a bowl of rice are fun for kids at any age. Sushi combination plates with sushi, miso, and salad, provide a selection (without having to order pieces separately).

Also fun for kids are the “conveyor belt” sushi restaurants, such as Maguro Bito. These restaurants are family-friendly, and kids only need pick off the sushi they like best (remember dishes are color coded, to reflect different prices).

Take-out – Tokyo is a take-out paradise for picnic lunches, or a supper outdoors at park. Just stop into any department store (e.g. Matsuya, Daimaru, Mitsukoshi, Takashimaya), head to the basement level (usually B1). In front of you will be an entire food hall, gleaming cases filled with a wide selection of food, freshly-made – everyone in the family can make individual choices. Take-out will come with napkins, chopsticks or plastic forks, and little frozen packs to keep food cold.

Cold drinks are not a problem, as there are convenience stores and vending machines throughout the city with bottled water, fruit juices and energy drinks with names such as Pocari Sweat (the name alone is worth trying the drink, and it’s a favorite with our boys).

At fruit stands you’ll see the most amazing, perfect fruit, ripe with the season, and thoughtfully packaged to prevent bruising. Pick up some fruit for your picnic lunches.

One of the many advantages in Tokyo is it’s easy to find a restroom when you’re out and about.

In department stores, gardens, temples, subway and train stations, restrooms are clean, well-equipped with toilet paper, and easily marked with international symbols indicating male and female. (In the subway, restrooms are very clean and not at all like seedy subway restrooms in the USA, but may have Japanese-style toilets where you squat down).

Upon arriving at Narita airport, when we hit the restrooms, the toilets were usual Western style toilets, but the toilet seat was different. There was an additional armrest, with unfamiliar symbols. This is an extra spray and bidet function for the toilet, which, if you press the buttons, water will shoot up. Our advice, just tell the kids “don’t touch any of these buttons.” Tip: If the buttons do get pushed, the orange button stops it. Otherwise, toilets are straightforward, push the handle to flush, or the toilet will flush automatically.

Throughout our trip to Tokyo, we were impressed with the politeness and helpfulness of the Japanese. One evening, searching for a certain sushi restaurant, we stood on a street corner, trying to figure out where it was. A woman, who didn’t speak English, stopped to help us. We mispronounced the name of the restaurant, but she led us directly to it, going well out of her way.

Tip: Find out more about for fun things to do with kids in Tokyo on Travel for Kids, and also our hand picked list of Tokyo family hotels. 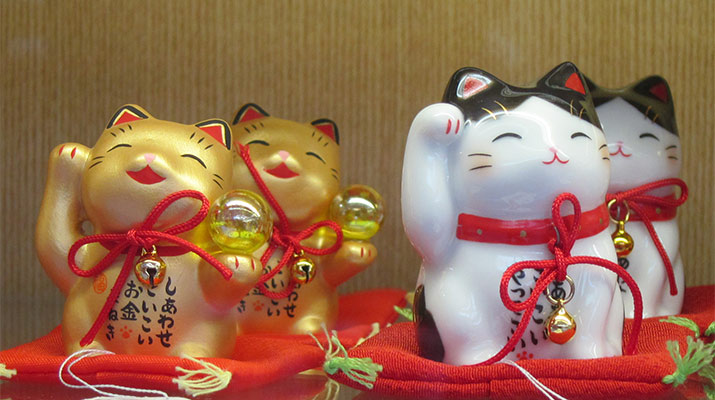