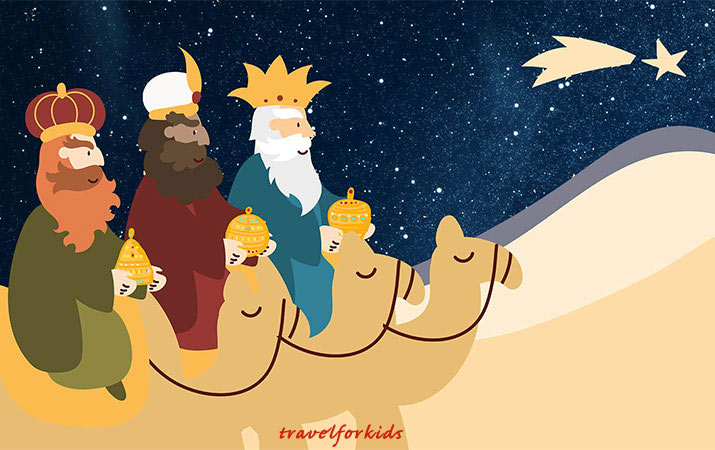 In Europe, one of the most popular holidays is Epiphany, also called Three Kings Day, celebrated on January 6, for over 1,500 years.

The holiday celebrates the arrival of the Magi in Bethlehem, bringing gifts to the Christ child. Epiphany is observed with special cakes and sweets, parades, and presents for children.

In the Christmas story, after Jesus was born in Bethlehem, a new star rose in the East, announcing this miraculous event. Three Kings (Magi, or Three Wise Men) set out on a journey to Bethlehem, following the star across the desert. They arrived January 6, twelve days after Christmas, and gave gifts of gold, frankincense and myrrh to the Christ child. 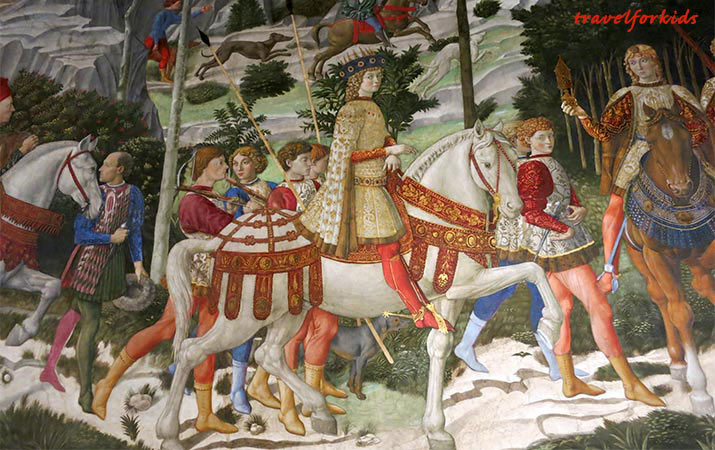 At the nativity, the three kings praising the baby Jesus is called “Adoration of the Magi,” portrayed in many European paintings, particularly Renaissance artworks. The Three Kings are named Melchior, Balthazar, and Caspar (Gaspar).

In Florence the Palazzo Medici-Riccardi has a fabulous Magi fresco by Benozzo Gozzoli. Here’s one section (shown above), Caspar on a white horse, wearing red boots.

The Uffizi museum has three of the most famous Adoration of the Magi paintings – by Gentile da Fabriano, Leonardo da Vinci, and Botticelli. 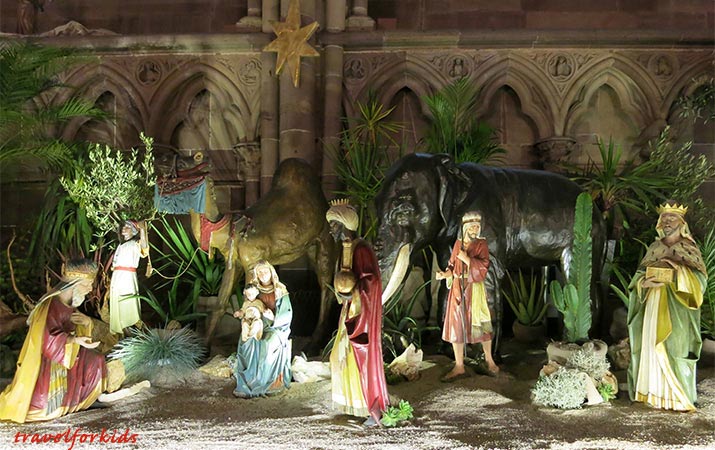 At the Christmas season, throughout many European cities are life-size nativity scenes that include the Three Kings, along with figurines for creche displays at home.

When we visited Strasbourg for the Christmas markets, inside the Cathedral was a wonderful nativity tableau. Mary and baby Jesus were surrounded by the Three Kings, and behind them a huge camel, and even bigger elephant with magnificent tusks. 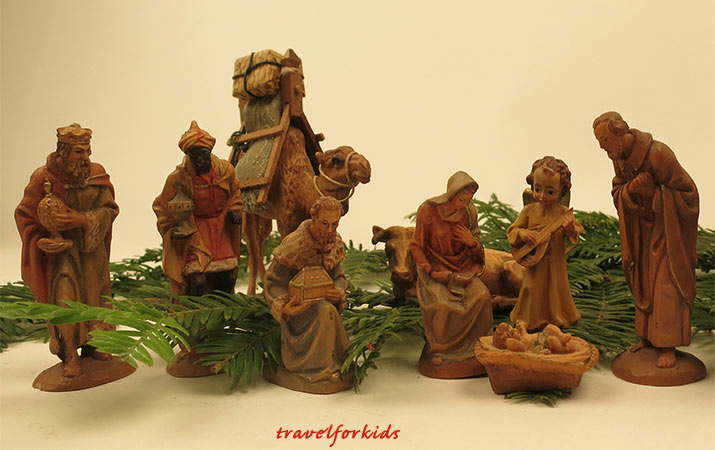 France, Spain, Italy, Germany all have craft traditions of nativity figurines that families display at home. Germany is noted for it’s lovely wood carved figures. Above is the nativity and Three Kings, from our own family heirloom collection. 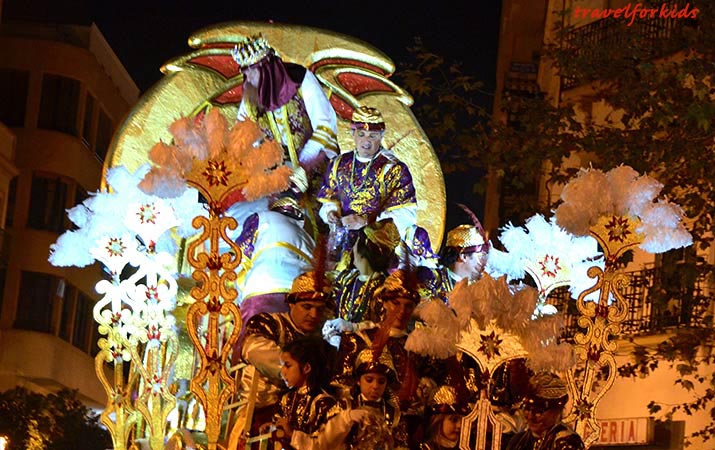 The Feast of the Three Kings is the highlight of the nativity season in Spain, and Seville has a spectacular parade to celebrate on the eve of Epiphany, January 5.

The Three Kings parade (Calbagata de Reyes Magos) is a sensational spectacle. The parade lasts six to eight hours, with more than forty floats, people on horseback, and marching bands. Children wearing costumes ride on the floats, and toss out tons of wrapped hard candies to the spectators. On the street, kids carry umbrellas upside down to catch lots of candy! When the parade is over, there’s so much candy on the streets, it’s like sweet ice crunching under foot.

Florence has an opulent parade (Calvacata dei Magi) on Epiphany. Everyone is dressed in sumptuous Renaissance clothing, including men dressed as the Three Kings. The parade goes from the Pitti Palace, over the Ponte Vecchio to the Palazzo della Signoria. 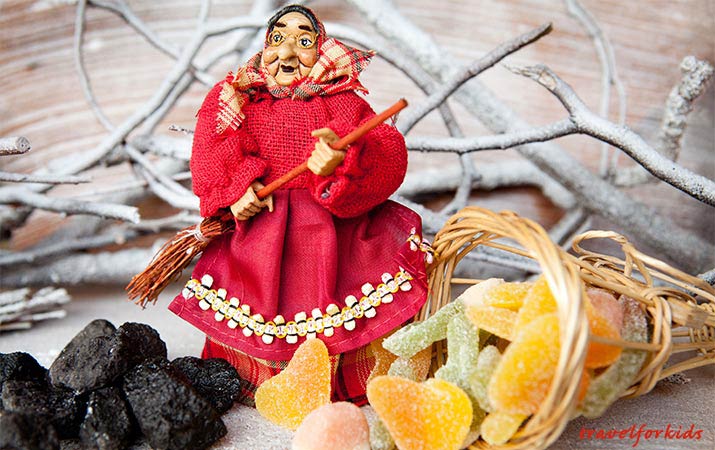 Italy also celebrates the Epiphany story of Befana. In the legend, Befana is an old peasant woman, living alone in the countryside. The Three Kings stop by her house to ask directions to Bethlehem. The Magi also extend an invitation to come along to see the Christ child, but she has household tasks to do. After the Three Kings depart, Befana has a change of heart. She bakes sweets to take to the baby Jesus, and takes off through the air. Never catching up with the Three Kings, instead, every year Befana brings sweets and gifts to children.

On the night of January 5, children put out stockings for Befana who will bring candies, presents, cookies for children who’ve been good, coal for badly-behaved children. The coal isn’t too bad – carbone is a candy that looks like coal. 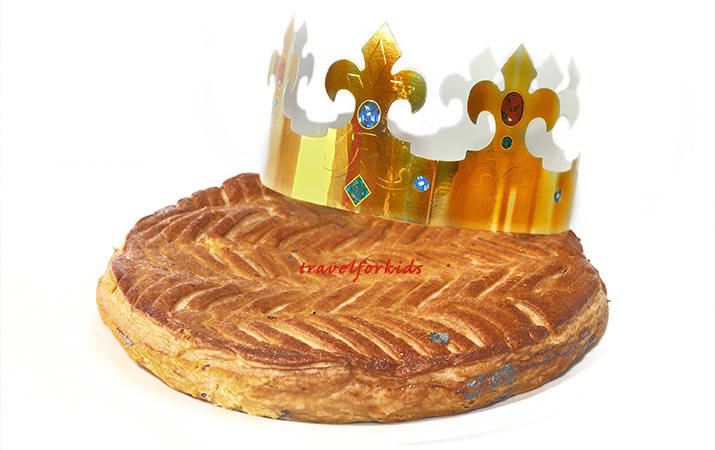 The French celebrate Epiphany with a galette des rois (Kings’ Cake). The cake is traditionally puff pastry with almond cream in the center. A small bean or some other small prize is baked in the galette – when the cake is sliced, the person to get the bean wins a paper crown, and is the lucky “king for a day.”

Tip: It’s fun to make this cake at home (no need to make puff pastry from scratch, just find it in the supermarket frozen section). 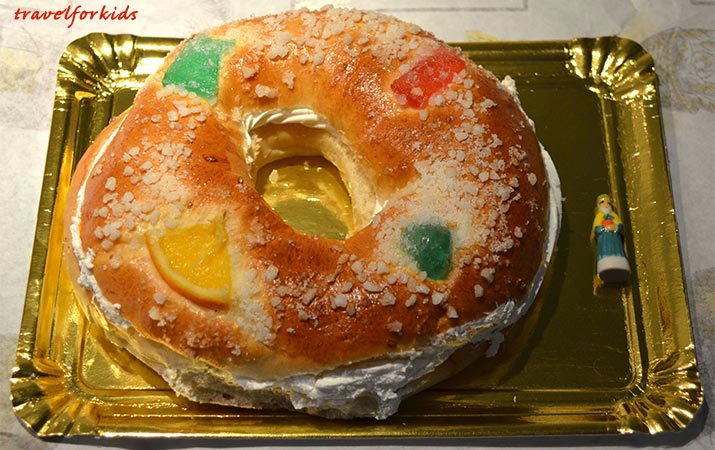 In Spain, on January 6 families share a roscon de reyes (Three Kings’ Cake). The cake is a ring-shaped pastry, sliced into two layers with cream in the middle, and topped with candied fruits (fruits are like jewels on the king’s crowns). Inside the cake is a small figurine, usually the Christ child or a king figure. The person who eats the slice of cake with the figurine is also king for the day. 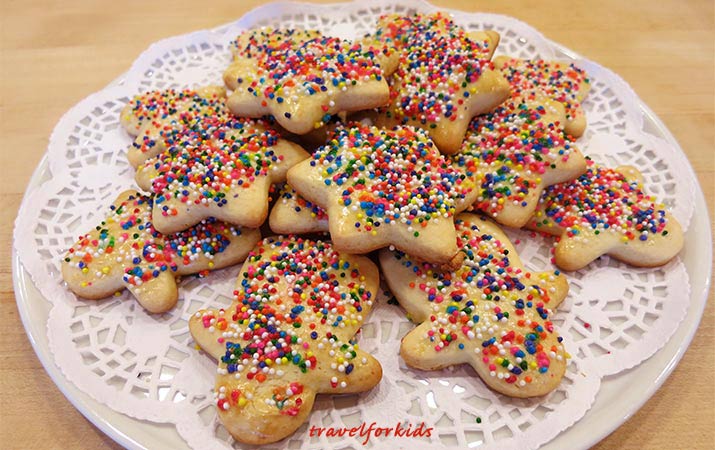 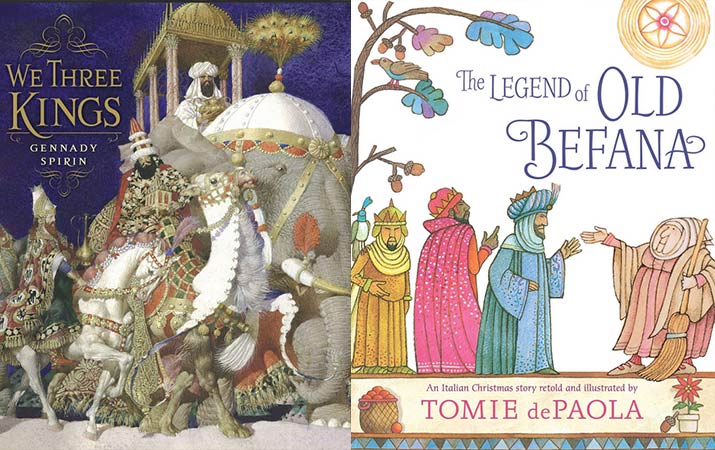