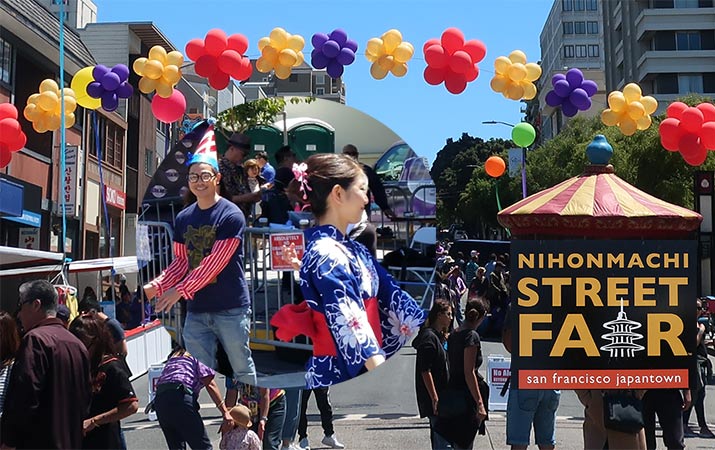 A neighborhood event since 1973, the fair welcomes and showcases diversity, “For the Community, Embracing All Communities.”

When we arrived, Post St., now a pedestrian avenue, was lined with booths, two music stages, food fest and classic car show at the far end. 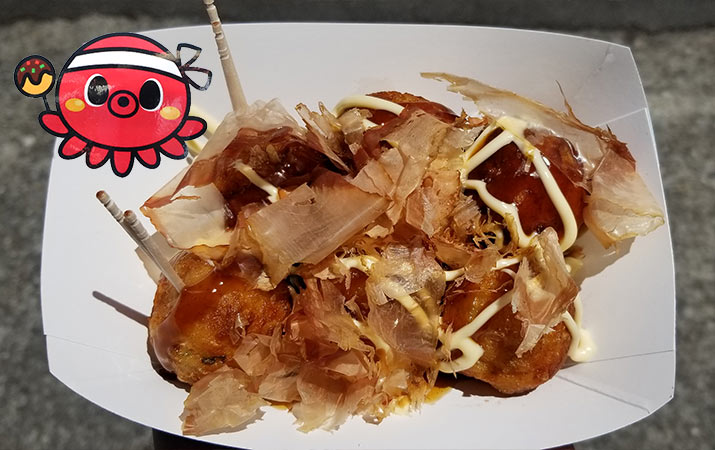 It was lunchtime, so we headed over to the food stalls. Fun food for kids to try – okonomiyaki (Japanese pancake), fried squid on skewers, teriyaki burgers, poke bowls, udon and somen.

One booth had an eye-catching red octopus drawing, we had to have “takoyaki.”

At the end of the afternoon, we stopped into Cafe Maiko for soft serve matcha (green tea) and kinako (roasted soy bean) ice cream. 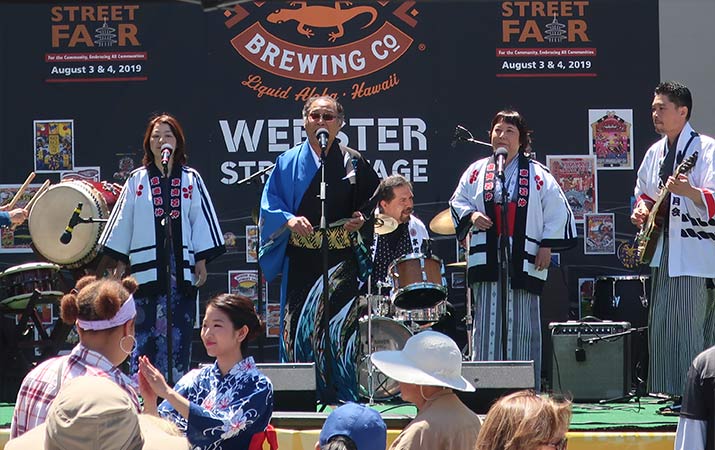 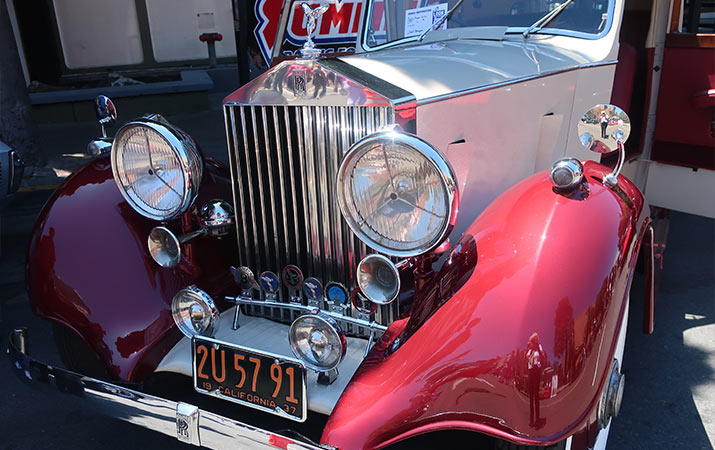 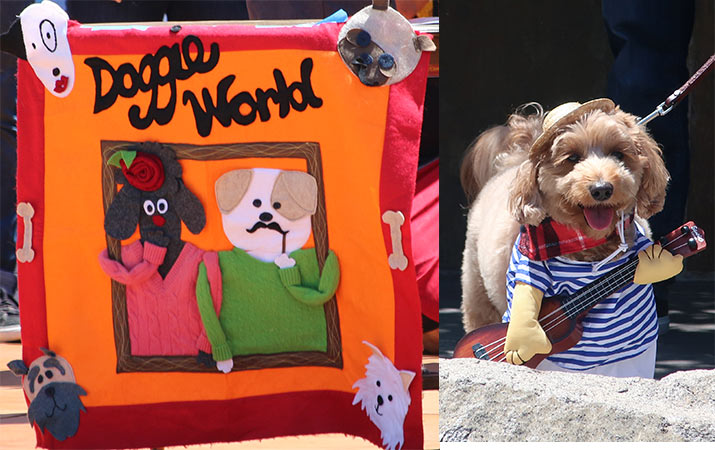 Doggie World Parade & Pageant was a highlight of the street fair. 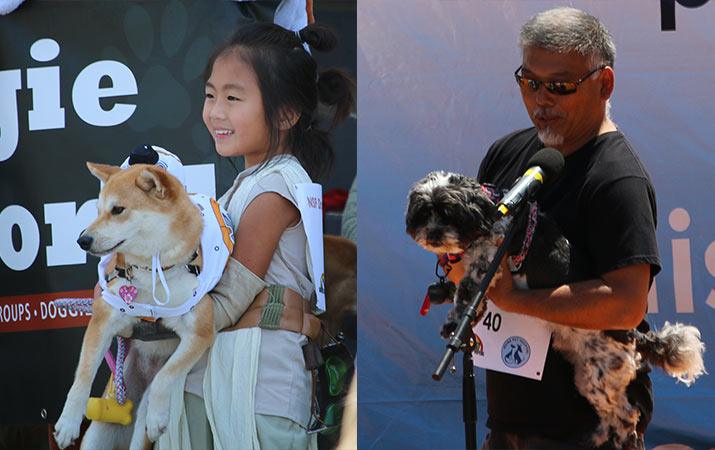 Both these contestants have our vote for “Best Look-Alike.”

Nihonmachi Street Fair lived up to its tag line, welcoming diversity and embracing all communities, including dogs, ducks and dragons. 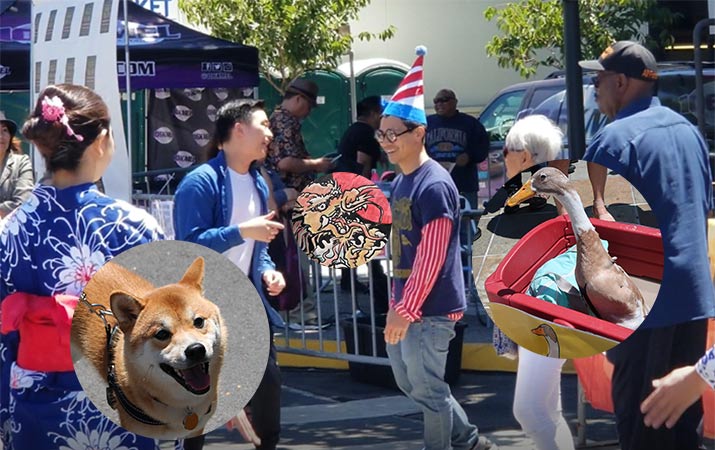