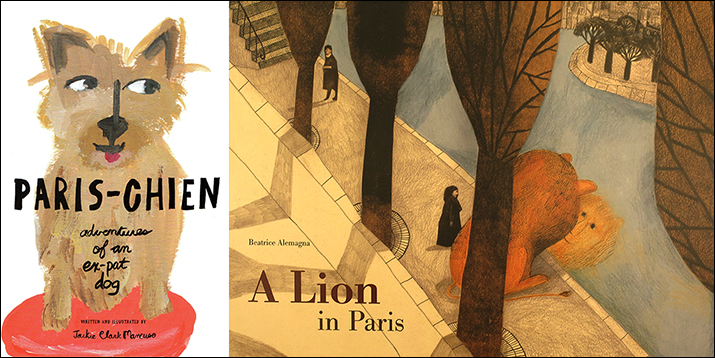 Before visiting Paris with younger kids, read delightful stories about animals in Paris.

The adventures of a lion who roars in the metro but nobody notices, a dog learns to speak French and becomes a Paris-chien, cats explore Paris to find a surprise round and musical, the duck who turns Paris upside down when he comes to visit, a mouse magnifique who’s the best judge of cheese, and everyone’s favorite elephant, Babar and his daughter explore Paris.