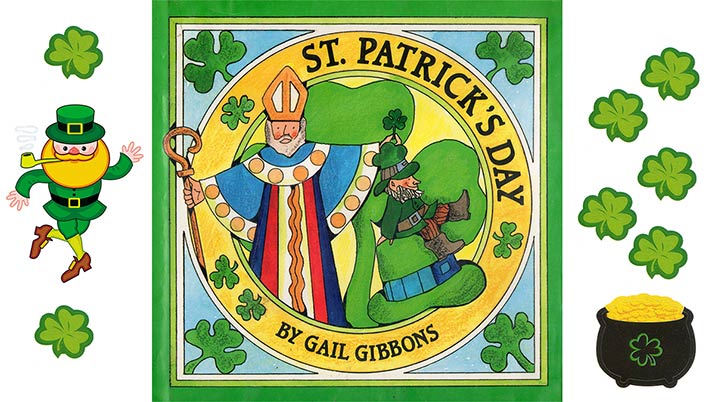 St. Patrick’s Day, coming up on March 17, is not just an Irish holiday.

Saint Patrick is the patron saint of Ireland, who lived in the fifth century and brought Christianity to the island.

In legends about St. Patrick, he tossed all the snakes out of Ireland, and on March 17th (the day he died), fish leap out of the ocean.

Look for parades and celebrations in Montreal, New York, Chicago, and Boston. Montreal has had a parade for almost two hundred years, New York and Boston celebrated St. Patrick’s Day in the 1700’s. In Chicago, the river is dyed green!

Dublin has a four day St. Patrick’s Festival with music, street performers, fun fair for kids, and a huge parade through the city that ends at St. Patrick’s Cathedral. 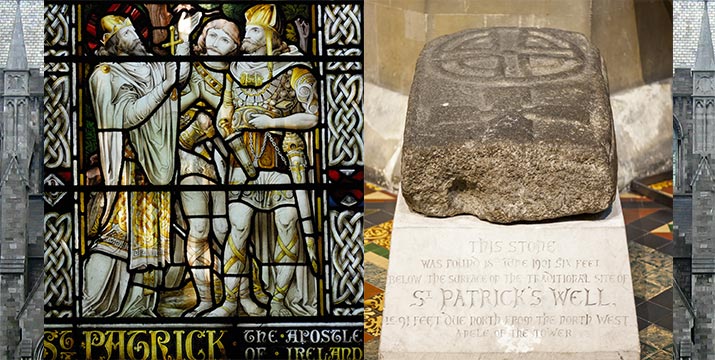 St. Patrick’s Cathedral sits on an ancient site – there’s been a church here since the 5th century, the current cathedral is 13th century.

When you visit the cathedral, don’t miss the majestic statue of St. Patrick in the north aisle, and glowing stained glass windows with scenes from the life of St. Patrick.

The stone Celtic cross was found under a well, over 1000 years old, where it’s believed St. Patrick baptized people when he visited Dublin.

And traveling around Ireland, it really is the Emerald Isle, lush green fields and rolling hills everywhere you go.

Here’s our favorite books to read about St. Patrick’s Day: 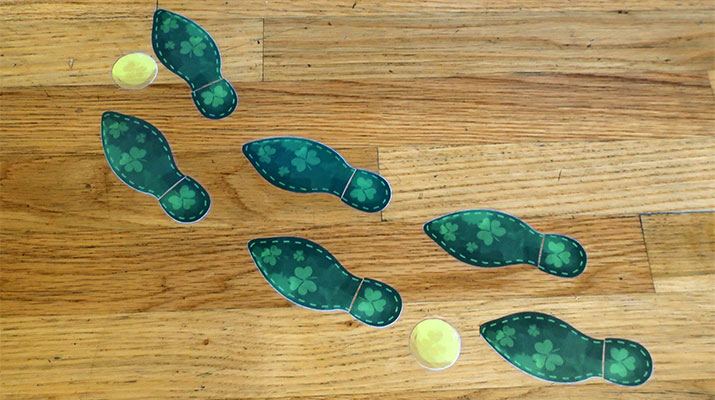