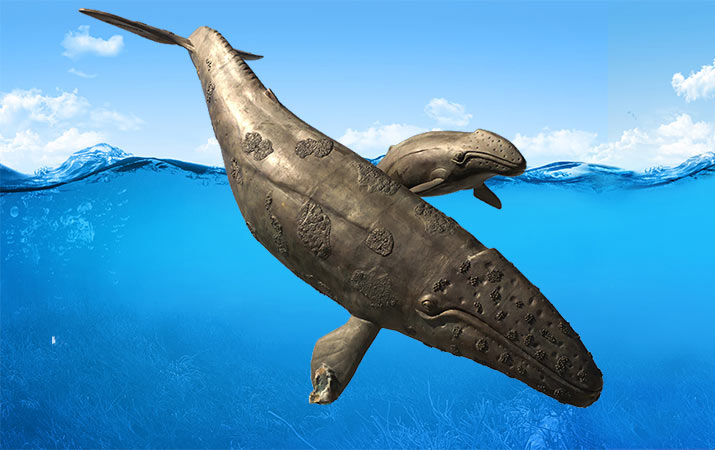 It’s the spring season, and gray whales are migrating north, from Mexico to Alaska.

Each year, gray whales in the Pacific Ocean take an extraordinary round trip 9,000- 13,000 miles, one of the longest mammal migrations.

Gray whale migration begins in October or November around Alaska, the whales swim south along the west coast to lagoons in Baja Mexico. There they mate, give birth; then a couple of months later, begin the migration back to their feeding grounds in oceans around Alaska.

Newborn calves accompany their moms on the long voyage north (when calves get tired they rest on mom’s back). Gray whales travel in small pods of 3 – 7 whales, swimming close to the coastline, typically 1 – 3 miles offshore.

Stay high up on bluffs and coastal promontories with panoramic views of the ocean, not down down the beach.

For best viewing, go out on a clear day, not windy (choppy waves make it harder to see the whales).

Gray whales migrate in winter and spring months. Overall, during spring months, March to May, weather is better, and whales are closer to shore.

In southern California, winter can be warm and sunny, so look for whales in both December to February (whales going south) and as well as spring months.

Around Newport and Depoe Bay in Oregon, resident gray whales don’t migrate north to Alaska in spring. They stay around the coast in summer and fall, join the migration going south in winter.

Gray whales dive down to the bottom to feed in the ocean, but they come to the surface to breathe.

Look for whales just beyond the waves breaking onshore, spouting on the surface (misty air expelled from the blowhole), and breaching (leaping from the water, then splashing back down).

If you see a whale tail, it’s diving down, and may stay underwater for several (5 – 10) minutes. Scan the waves in the direction it’s heading (north or south), to spot where it might resurface to breathe.

Even if you don’t see any gray whales, look for other marine life – humpback whales (very acrobatic), dolphins, harbor seals and sea lions. In Oregon and Washington you might even see orcas too (orcas hunt the gray whales). 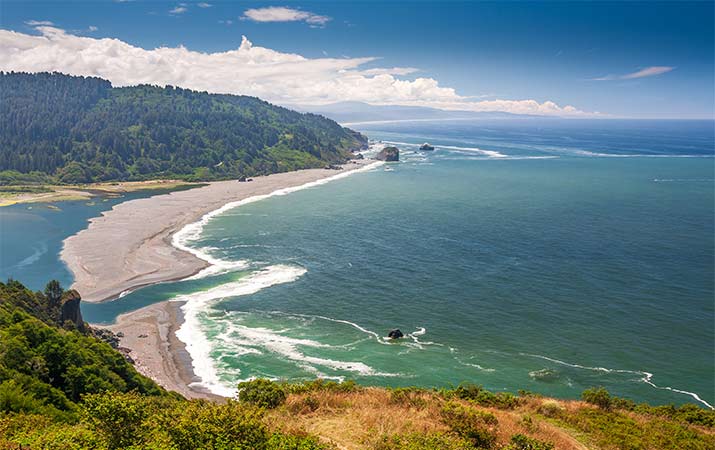 Kalaloch – Bluffs above the beach 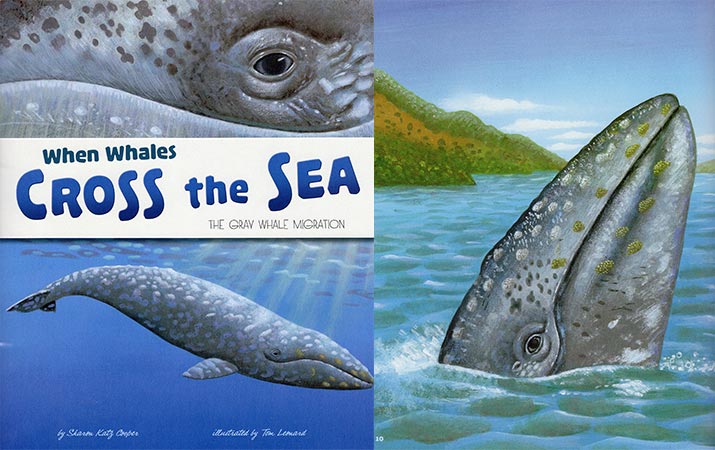 Gray whales are an ancient species, they’ve been around for millions of years, but came close to extinction.

In 1946, laws banned commercial hunting of gray whales, and sanctuaries for breeding lagoons in Baja were created. More conservation efforts, such as the Marine Mammal Protection Act, and marine sanctuaries reduce effects of shipping and fishing that can harm gray whales.

Gray whales are an important part of a huge ocean community, and we are fortunate to have the opportunity to see these magnificent creatures in the blue waters of the Pacific.

Editor’s note: Growing up in southern California, I once saw a mother gray whale and her calf, resting in turquoise sparkling waters of a cove at Laguna Beach. Unforgettable. 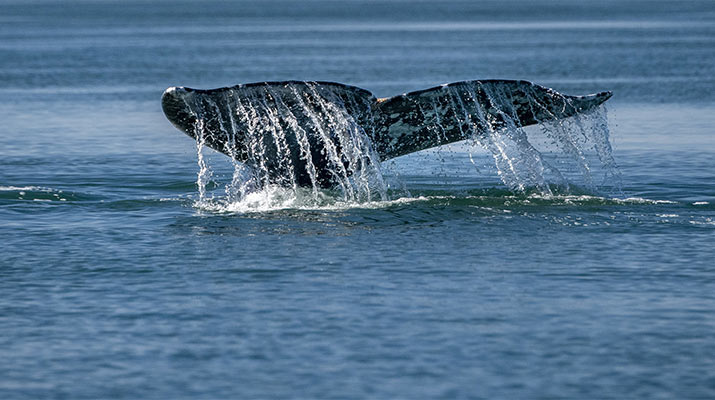